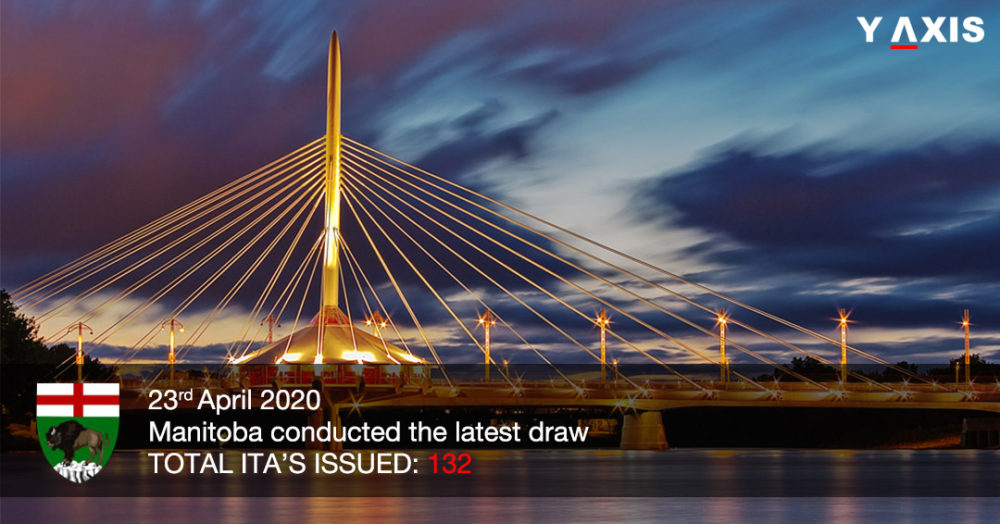 In EOI Draw #88 held on April 23, the Manitoba Provincial Nominee Program [MPNP] issued a total of 132 Letters of Advice to Apply [LAAs] to immigration candidates for applying for being provincially nominated by Manitoba for Canada PR. The draw was held from Manitoba’s Expression of Interest [EOI] pool.

Of the 132 invitations sent, 7 went out to those with a valid Express Entry profile. These candidates had declared their job seeker validation code along with Express Entry ID.

Note.—EOIs submitted by skilled workers looking to immigrate to and settle in the province of Manitoba in Canada are allotted a score out of 1,000. The highest-ranked immigration candidates are issued LAAs in the draws that are subsequently held.

Candidates that received LAAs under the MPNP sub-stream of Express Entry that do not have a job seeker validation code and a valid Express Entry ID along with verifiable experience in an occupation on the In-Demand Occupation list of the MPNP will be refused.

In the April 23 draw, EOIs from Skilled Worker Overseas candidates were not considered unless the MPNP had directly invited them under Strategic Recruitment Initiative.

Candidates that had indicated that they were currently working in one of the regulated occupations and were fully licensed for working in Manitoba were issued Letters of Advice to Apply [LAAs] in this draw.

Canada: Latest EE draw has lowest CRS of the year