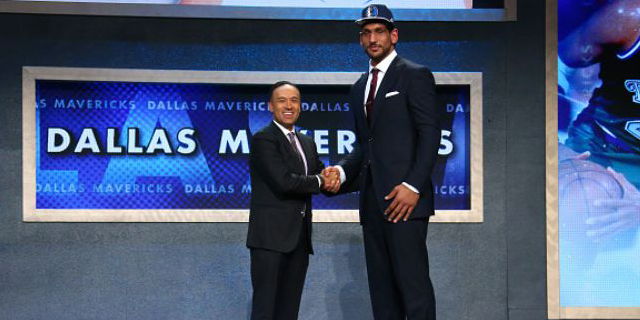 Satnam Singh, a name that rose to popularity in short span of time,  is an Indian basketball champion. He grabbed attention when he became the first Indian player to be drafted into the NBA. The young man is 7-foot 2-inch tall at the age of 19, but still two inches shorter than his father who is 7-foot 4-inch tall.

His skill earned him a centre position in Dallas Mavericks. His membership in the high school basketball team at the IMG Academy in Florida, got him a recognition in the NBA. Since then there has been a lot of curiosity about this young champion and his supportive family. This lead to a lot of research on how Satnam Singh started on his journey of achievements.

Satnam Singh Bhamara was born on December 10, 1995 to a Punjabi couple in the district of Barnala in Punjab. Satnam Singh belonged to the family of farmers. His father Balbir Singh and his paternal grandfather earned their living from the wheat fields they owned. Balbir Singh too was the tallest man in his village and was encouraged to take up Basketball.

However due to the lack of popularity of sports during that period of time, this plan could not be materialized and he got elected as the head of the village. Later, Balbir Singh wanted child to live his dream. This wish eventually came true, when Satnam Singh was born as the middle child among the three kids of the Singh couple.

As Satnam grew, his height made him stand out of the crowd and his father soon realized that he would make an excellent basketball player if placed under proper training. Satnam got introduced to basketball at the age of 9 and after that, there was no looking back. Soon, Singh began actively participating in Youth Leagues in Punjab.

Before he knew it, he got an opportunity to be part of the Ludhiana Basketball Academy at the age of 10.  This taught him the key skills in Basketball which he later mastered. During this time, he was under the able guidance of Sankaran Subramanian who was not only a basketball coach, but also the director of the Sports Authority of India.

2010 was the glorious year that opened the doors of international basketball for Singh. Until then, he was busy trying to defeat the National teams in basketball. The Basketball Federation of India, headed by  Harish Sharma encouraged the budding player to compete with the national team. This was the time when sports marketing business IMG joined hands with the Reliance Industries, leading to the formation of IMGR.

The head of the Basketball Federation of India, recommended Singh’s name to the NBA recognizing the abundance of talent in him. So, as early as 14, Satnam Singh got noticed by Troy Justice, the director of Basketball Operations for NBA in India. In the same year, he got selected for a scholarship from the IMGR Basketball training academy and he moved to Bradenton, Florida.

There are surely many more achievements awaiting Satnam Singh in future. His life can be a wonderful inspiration to the youth of India, who wish to make it big in any field abroad. So let us wish him all the best and hope that he will progress to make India proud.