Indians dominate the technology work force in the U.S! 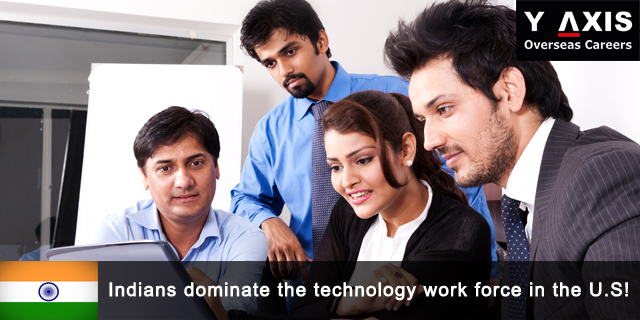 The government of the United States of America has found that, as much as 86 percent of the H1B visa holders are Indians. Some members in the government hold the opinion that if the situation continues to remain this way then, soon the Indians will overthrow the native Americans in the key jobs of the country. This is also the opinion held by Republican presidential front-runner Donald Trump.

As a remedy for this, he suggests that the minimum wage for the H1B visa holders should be hiked which will in turn prevent employers from hiring them. A deeper look into this issue reveals that most of the holders of this visa are working in outsourcing companies such as  Infosys and Tata Consultancy Services (TCS).

While Indians account for 86 percent of the H1B visa, the Chinese are left way behind in this regard where they account for not more than 5 percent. This means that only five percent of the Chinese applicants are granted work permits. There is a roughness in the entire process as U.S technology firms claim that they are compelled to hire foreigners as there is a lack of technology experts in their country.

Cost cutting or lack of availability?

However, there is a counter argument to this claim where it is being said that the above mentioned reason is just an excuse and the real intention behind this is to cut down the cost to whatever extent possible. The situation is not always negative. Foreign employees coming to U.S to work, also bring in a lot of money to the country’s social security system.

Despite this, people who oppose the idea of allowing foreign nationals to work in the U.S feel that the wage range should be brought up and the access to the H1B visas should be reduced to a great extent to keep U.S jobs for U.S citizens.