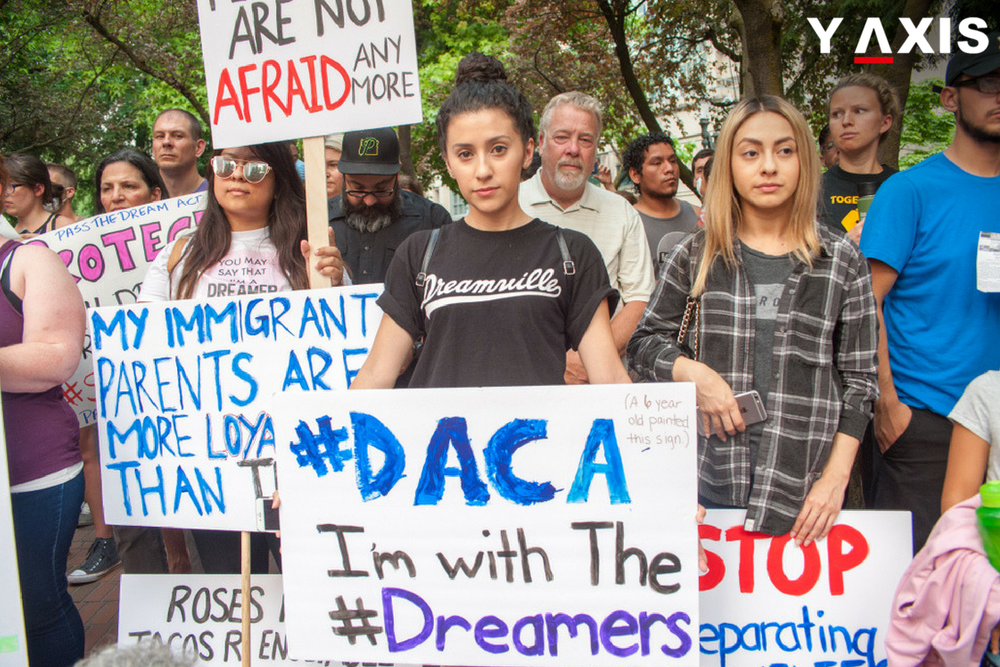 DACA immigrants remain protected in the US announced the Department of Homeland Security. 700,000 odd undocumented migrants are safeguarded under the DACA program that had arrived illegally as kids to the US. This announcement has come 2 days after the program was to expire.

Tyler Houlton the Spokesman for DHS said that individuals under the DACA program can continue to apply for renewal of registrations with the USCIS – US Citizenship and Immigration Services. This will offer them 2 years of extended protection, as quoted by the New Indian Express.

Houlton said in a press statement that in compliance with the injunctions of the US courts, requests for renewals of DACA status are being adjudicated and accepted by the USCIS. This is according to the process established for renewals policy for DACA, he added.

In September 2017, US President Trump had signed an Executive Order that would rescind the DACA program from 5 March 2018. This threatened the status of around 700,000 people registered under the program. These immigrants who arrived in the US illegally as kids are popularly known as ‘Dreamers’.

However, a US Federal Judge ordered a national injunction that the government must continue with the protection offered under the DACA program. It is unlikely that the appeal of the government against that injunction will be given a ruling for several months. Thus DHS has said that DACA immigrants can continue to avail the renewal of their protected status. But no fresh intake for the program will be done, it added.

Trump and most of the Republicans and Democrats in the US Congress have time and again pledged to pass a legislative fix for the DACA program. However, no success has been achieved so far.