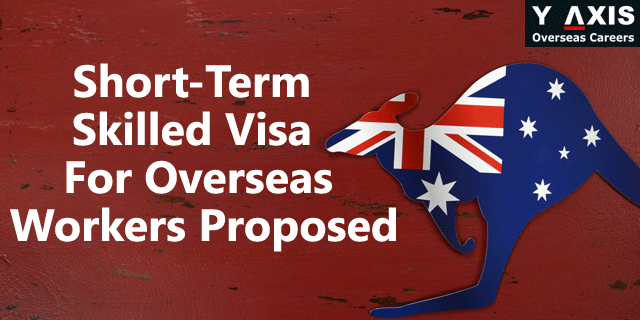 Australia’s Department of Immigration and Border Protection (DIBP) has proposed a short term visa for overseas workers. A visa that would allow foreign workers to stay and work in Australia for a period of one year without satisfying the language and skill requirements for 457 Visa.

It is suggested that sponsoring employers need not be subjected to labour market testing requirements. DIBP also recommended that the six-month mobility visa be extended to one year. It has called for comments from the public on the said proposal till the end of January, before making a final decision.

The Sydney Morning Herald quoted Australian Chamber of Commerce and Industry  Director of Employment Ms. Jenny Lambert saying, “Access to these skills can only benefit the skills development of the Australian workforce as evidence shows that such arrangements allow for the transfer of skills to Australians.”

The Government-Commissioned Report from September 2014, led to an overall evaluation of Australia skilled worker visa policies.

On the other side, there is displeasure among the Australians about the recommendation. Unions in Australia say that such a move would increase unemployment level among people under 30.

“We find it absolutely extraordinary that the government’s panel has made a recommendation to just have open slather on the labour market” said Australian Council of Trade Unions president Ged Kearney, as reported in The Sydney Morning Herald.

So it would be important to see how public reacts to the proposed visa changes, and whether the short-term skilled visa will be available for overseas workers.