Alberta PNP invites another 250 to apply for nomination 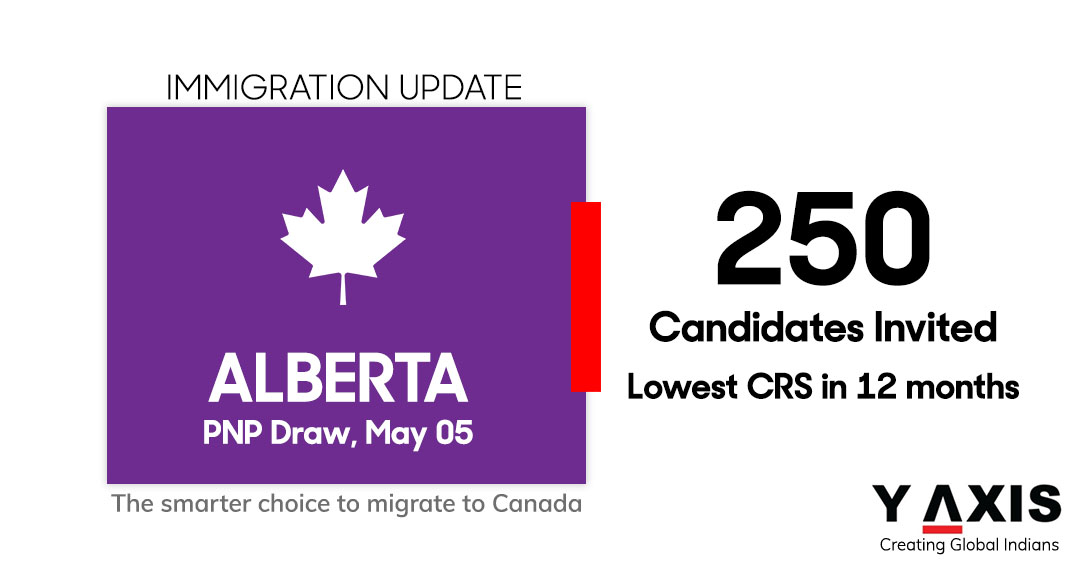 Canada’s Alberta has released the details of their second provincial draw held in May 2021 under the Provincial Nominee Program [PNP].

On May 18, 2021, Alberta PNP invited another 250 Canada immigration hopefuls to apply for being nominated by the Alberta Immigrant Nominee Program [AINP] for their permanent residence in Canada.

AINP invitations, also referred to as Notification of Interest [NOI] letters, went out to candidates under the AINP Express Entry Stream.

As the AINP Express Entry Stream is linked with the federal Express Entry system, the ranking of the candidate in the IRCC Express Entry pool is one of the criteria taken into consideration.

For the latest AINP draw held on May 18, 2021, the minimum score requirement – as per the Comprehensive Ranking System [CRS] score – was that of CRS 301.

The previous AINP draw, held on May 5, had the lowest CRS requirement of the year, that of CRS 300.

No direct applications are accepted for the Alberta Express Entry Stream.

A candidate cannot apply to the Stream unless they have received an NOI by the AINP in their IRCC Express Entry profile.

Those successful in receiving a PNP nomination – through any of the IRCC Express Entry linked PNP streams – have a higher chance of receiving an ITA from IRCC.