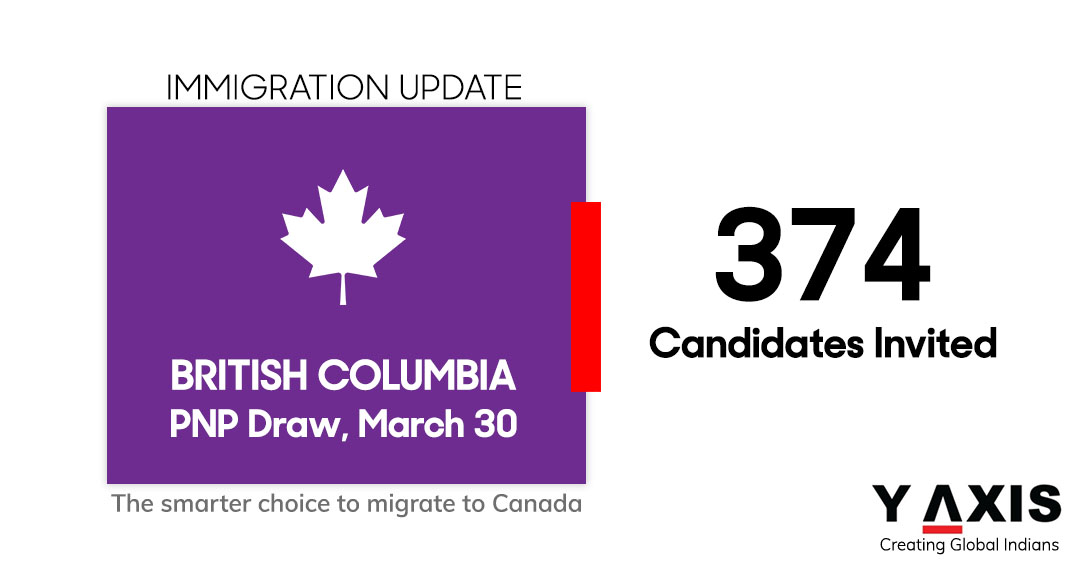 On March 30, 2021, the province held 2 separate draws under the Provincial Nominee Program [PNP] of Canada.Both the draws were under the BC PNP categories of Skills Immigration [SI] and Express Entry BC [EEBC].

*Require no registration or invitation and can be applied to directly via BCPNP Online.

While 44 candidates – with job offers in 2 specificNational Occupational Classification [NOC] codes, NOC 0621 and 0631–were invited in a separate draw, another 330 SI and EEBC candidates also received invitations.

Those invited can now proceed to applying for a PNP nomination by British Columbia for their Canadian permanent residence. A PNP nomination – especially for federal Express Entrysystem candidates – is regarded as an expedited pathway to Canada PR.

It is only the highest-ranked profiles that are invited by Immigration, Refugees and Citizenship Canada [IRCC] to apply for Canada PR.

With the latest round of invitations, British Columbia PNP has invited a total of 2,909 so far in 2021.