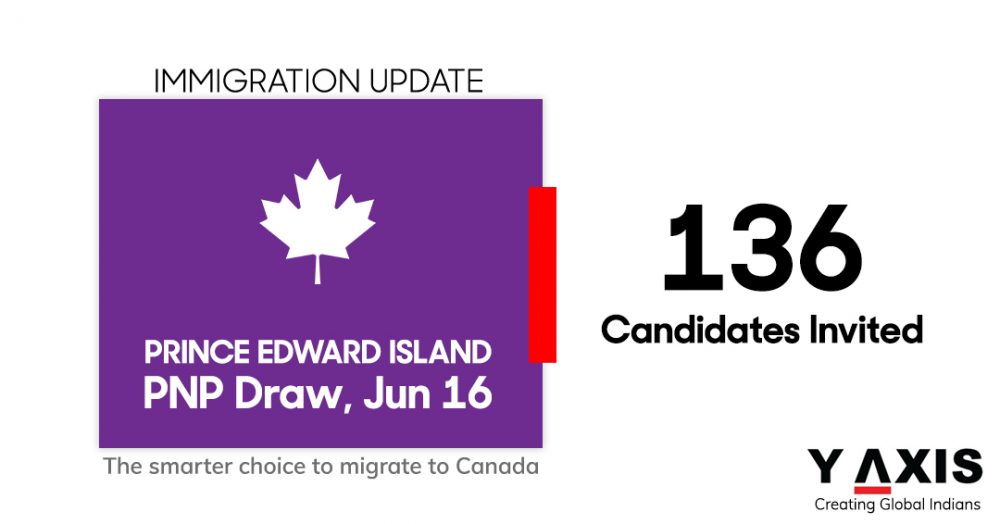 Details of the PEI PNP draw

The table below will depicts the details of the draw:

Unemployment rate in Canada declined to 5.1%

Prince Edward Island Provincial Nominee Program draw held on June 16, 2022. In this draw candidates having a minimum score of 65 were invited. 136 candidates who are invited includes skilled workers and entrepreneurs who have to migrate to Canada and work in the province.

The candidates invited were issued to:

Under Labour Impact and Express Entry stream, 127 candidates have been invited and  9 candidates from Business Impact stream having a minimum score of 65 were invited.

In the previous draw, 153 candidates have been invited.

Want to know the procedure to migrate to Canada? Talk to Y-Axis, the world’s no. 1 overseas immigration consultant.