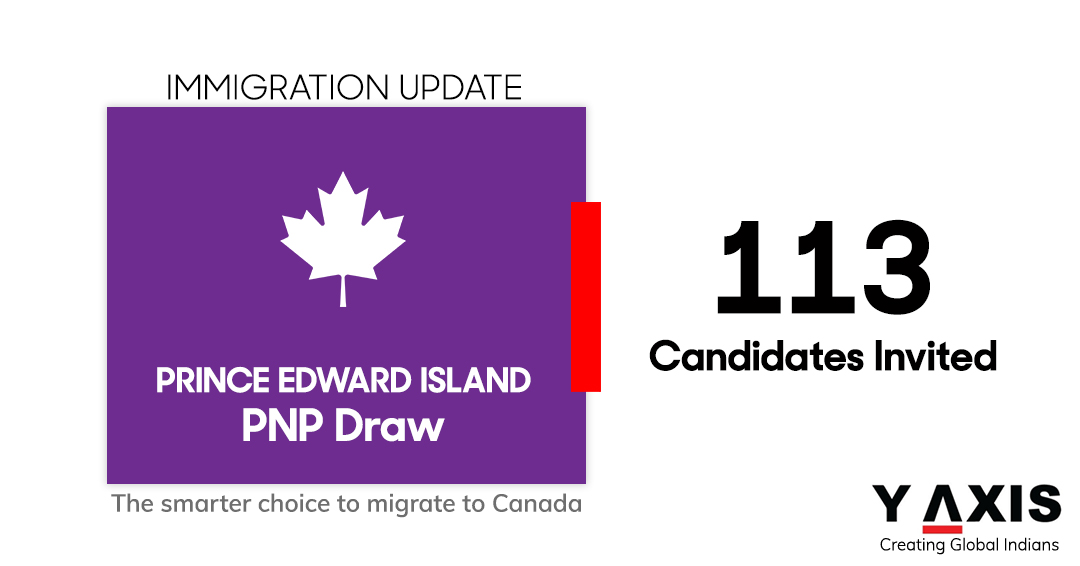 The province of Prince Edward Island in Canada has held another round of invitations under the Provincial Nominee Program [PNP].

The PNP can get a Canada immigration hopeful their permanent residence in the country, provided however, they have the specific intention of settling in Canada within the nominating provincial or territorial government [PT].

On June 17, 2021, Prince Edward Island PNP, also referred to as PEI PNP, invited another 113 immigration candidates to apply for a PEI PNP nomination for Canada PR.

In the latest provincial draw by PEI, the minimum points required to be eligible for qualifying under the PEI PNP’s Express Entry or Labour Impact categories was not specified, as per the norm.

The minimum score requirement for the invitations issued under the Business Impact pathway, nevertheless, was that of 60, registering a 20-point drop from the 80 points requirement in the May 2021 draw.

A federal Express Entry candidate that is able to secure a PNP nomination – under any of the Express Entry aligned PNP streams – is allotted 600 CRS points.

These ‘additional’ points significantly improve the ranking of that Express Entry candidate in the pool, thereby guaranteeing an invitation to apply for PR in Canada via Express Entry.

Prince Edward Island is one of the 4 Canadian provinces that are a part of the Atlantic Immigration Pilot [AIP].