US census bureau-population scenarios till 2060 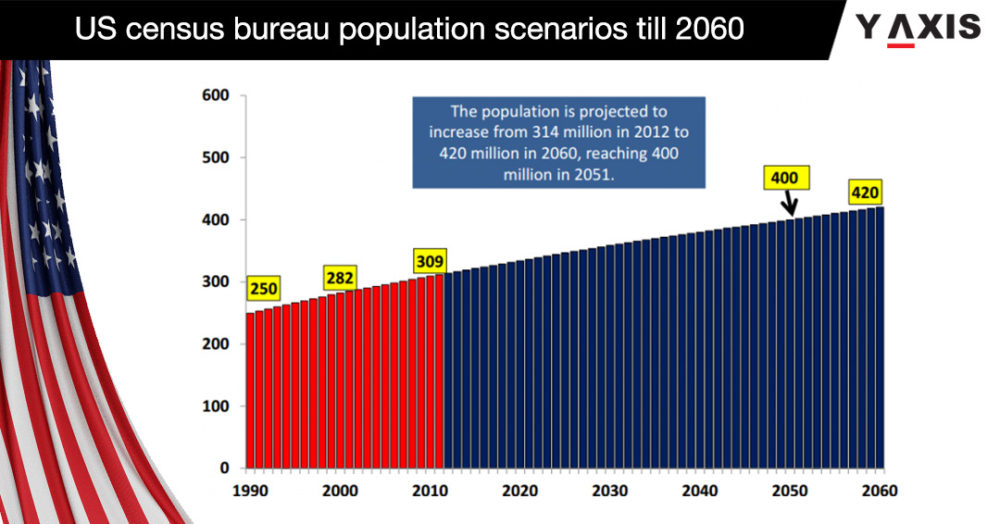 According to a new report by the US Census Bureau, the population of the country can see a growth of up to 447 million by 2060 or fall as low as 320 million.

In case of high immigration, the percentage of foreign-origin residents is expected to rise to 21.6 percent of the population by 2060. If immigration is stopped the contribution could come down to 4.6 percent. In the same period the median age of the population will increase from 37.9 to above forty years of age.

The four scenarios defined by the Census Bureau indicate the influence of immigrants in the population growth of the country. The report also says the immigration patterns in the next forty years will also influence the racial and ethnic components of the US population.