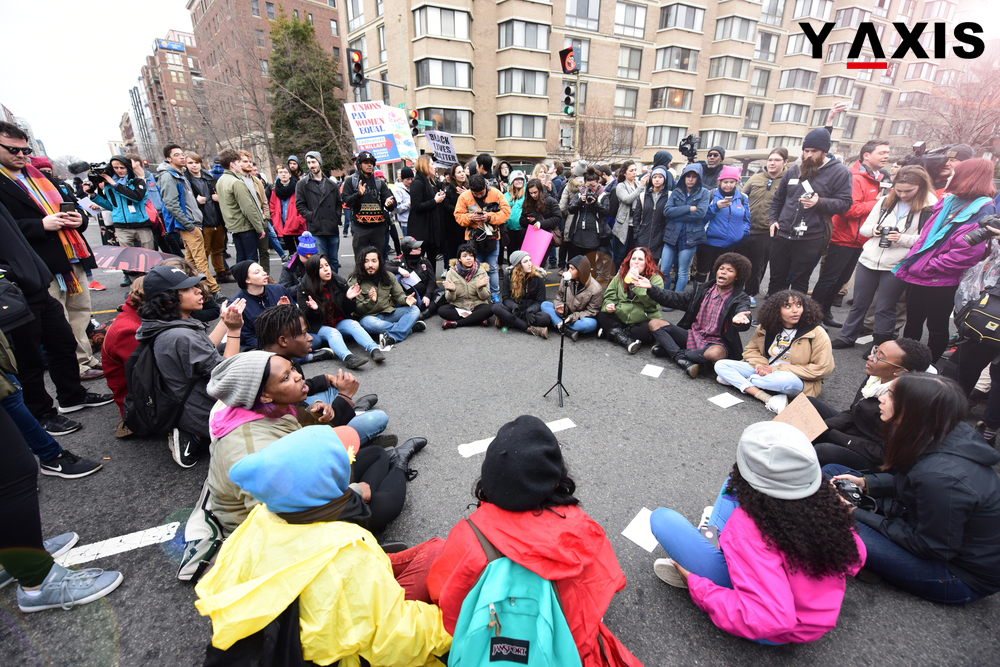 Protest and condemnation of Trumps’ orders banning immigration from Muslim nations is increasing every day. Officials from several states in the US have out rightly criticized the presidential executive orders on immigration. Washington State took the lead for filing a legal suit against the Trump administration and sought a court order that restrains the execution of the immigration ban.

Bob Ferguson, the Attorney General has said that in case if the suit is successful it will invalidate the illegal presidential orders all throughout the US, as quoted by the NPR Org.

The legal suit has given the reference of the latest data of the census bureau of the US which quotes that Washington is home to more than 7,200 non-nationals as immigrants from seven nations that have been banned for immigration. These nations are Syria, Yemen, Iran, Somalia, Libya, Iraq, and Iran.

The office of the attorney general has included the statements made by Trump during the December 2015 in its court filings. Trump’s campaign had issued a statement on his agenda for curbing immigration of Muslims. His statement demanded that there must be a total ban imposed on the arrival of Muslims to the US till the time the lawmakers in the US can understand the existing immigration scenario.

The lawsuit has also stated that the immigration ban ordered by Trump is dividing families in Washington, hurting thousands of Washington’s residents, harming the economy of Washington, creating losses for firms based in Washington and disregarding the sovereign interest of Washington in being a forthcoming destination for refugees and immigrants.

By the time Ferguson filed the lawsuit he was joined by more than twelve attorneys general of the Democrats who have pledged in a statement to fight the unconstitutional order of Trump. Several other US states will join the legal suit against the Trump’s ban order either by joining the suit of the Washington or individually.

The Attorney General of Massachusetts Maura Healey has issued a statement from her office that she will be challenging the immigration ban order. A federal legal suit has also been filed by the American Civil Liberties Union Foundation and the office of the Attorney General Eric T. Schneiderman will be joining the legal suit.

President Trump, Acting Secretary of State Tom Shannon, Homeland Security Secretary John Kelly and the Federal government have been named as defendants in the Washington suit.

Several media reports and transcripts of Trump’s interview on immigration ban have been included in the lawsuit filed by Washington. This also includes his interview with the Christian Broadcasting Network that was promoted saying that persecuted Christians will be the ones receiving major priority by President Trump as refugees.

The lawsuit filed by Washington in the federal court in Seattle has demanded a temporary restraining order from the court through an emergency motion. It also says that irreversible damage will be caused

by the executive order banning immigration from the Muslim majority nations and suspension of the US refugee program.

Ferguson announced his lawsuit against the immigration ban by saying that the US is a nation governed by rule of law and it is the constitution that prevails in a court of law and not the loudest voice.

The immigration ban imposed by Trump administration cites concerns regarding the potential threats from terrorists. But only a small percentage of the Muslim majority nations in the world are included in the banned list. Greg Myre from NPR has reported that the executive order does not include any Muslim nations from which Muslim extremists have assassinated the US nationals after September 11, 2001.