Indians account for almost 70% of US Green card backlog 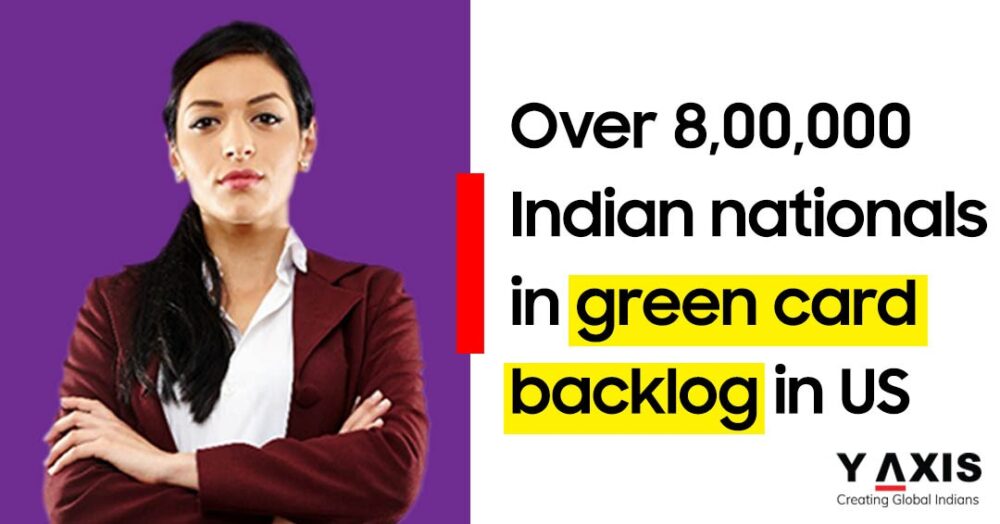 According to a report by the Congressional Research Service – The Employment-Based Immigration Backlog – “Currently in the United States, almost 1 million lawfully present foreign workers and their family members have been approved for, and are waiting to receive, lawful permanent resident (LPR) status (a green card).”

As per the Report, this employment-based backlog is projected to double by Financial Year 2030.

By a ‘backlog’ is meant “applicants that are waiting for a green card to become available”.

A backlog comes about when the number of foreign workers sponsored by the US employers for green cards in a year exceeds the annual statutory green card allocation.

As per the Department of Homeland Security’s Yearbook of Immigration Statistics 2019 [Table 1], a total of 1,031,765 were granted US permanent residence in 2019.

The Yearbook of Immigration Statistics is a collection of tables providing data on immigrants that received lawful permanent residence in the US [green cards], admitted as temporary non-immigrants, granted asylum or admitted as refugees, or were naturalized.

As per the Cato Institute, the backlog for skilled immigrants tops 1 million. The findings are based on data from US Citizenship and Immigration Services [USCIS] obtained through a Freedom of Information request.

As per the analysis by the Cato Institute, “the employment?based backlog for those immigrants delayed solely by the caps on legal immigration, not by inefficient bureaucracy”.

In order to receive a US Green Card – that is, lawful permanent residence in the US – an employment-based immigrant would first have to become the beneficiary of a petition submitted on their behalf by a US employer, requesting that the immigrant be allowed to apply for a green card.

Even if their petition has been approved, an immigrant can only apply for a US green card if the green card country-wise ‘cap’ or limit allows them to do so.

Immigrant beneficiaries of approved petitions are the ones that enter the waitlist for immigrants, that is, the green card backlog.

In the green card backlog are individuals that cannot apply for green cards due to insufficient cap space. As such, these are neither awaiting the approval of their petitions nor the administrative processing.

While with petitions already approved, these cannot apply for their green card as yet.

In order to prevent the monopolization of employment-based green cards by a select countries, there is a 7% per-country ceiling on the number of green cards to be approved in a year.

As per The Employment-Based Immigration Backlog, for countries like India and China, the numerical limit as well as the per-country ceiling have led to “inordinately long waits for employment-based green cards”.

It is estimated that prospective immigrants that enter the green card backlog outnumber the available green cards by a ratio of more than 2:1.

Many Indian nationals are expected to be looking at a long wait before they can get their US green card. The backlog can also put the US employers at a disadvantage as they will be unable to attract highly trained workers.

Nevertheless, solutions have been introduced in Congress for addressing the employment-based backlog. In July 2019, the fairness for High-Skilled Immigrants Act was passed.

Elimination of the 7% per-country ceiling has also been proposed, while maintaining the current limit on number of green cards issued.

As per the findings, these projected outcomes would occur regardless of the S. 386 being enacted as the bill seeks to maintain the current limit on green cards issued.