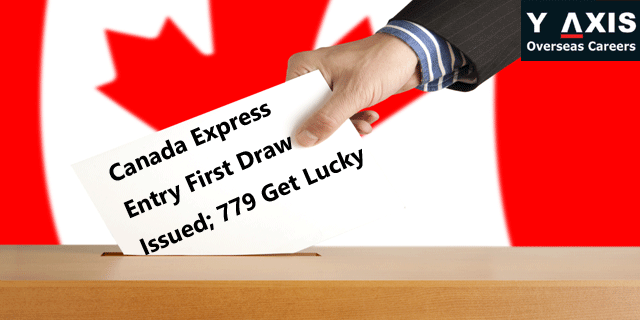 CIC  issued ITA to 779 Candidates in the first round of Canada Express Entry Draw on 31st January, 2015.

As announced earlier, first express entry draw has taken place. Citizenship and Immigration Canada (CIC) has conducted the draw and have sent an Invitation to Apply (ITA) to as many as 779 candidates asking them to apply for Canada PR. All candidates have a score of 886 or more under the Comprehensive Ranking System.

Chris Alexander, Canada’s Citizenship and Immigration Minister, said, “Express Entry is already getting impressive results in its first month. The fact that everyone who was invited to apply for permanent residence in this round of invitations already has a valid job offer or provincial nomination shows that Express Entry is working to fill Canada’s existing labour market gaps.”

“With Express Entry, highly skilled candidates with a high chance of success in Canada are invited to apply for permanent residence, bringing them to Canada more quickly and easily than ever before,” he added.

All the candidates who received an ITA will have 60 days to submit a completed PR application to the CIC. Thereafter, CIC will process applications within 6 months from the date it receives it.

In the Canada Express Entry Program, the emphasis is on the rank more than the CRS points at the time of draw. Candidates with higher ranks will receive an ITA.

Draw could be general i.e. it might include all immigration programs, or be specific to any one program. In a general draw, candidates will be issued an ITA irrespective of the program they are eligible for.

The example below shows candidates from different migration program ranked for a general draw:

A specific draw means selection of candidates only from a particular program. For example: Candidates 1, 3, 8, 9, and 10 above would be eligible for an ITA under a specific draw for FSW program.

The first ITAs under Canada Express Entry were issued after a month the program was started. However, CIC is expected to make such draws more frequently in the future to select tens and thousands of new immigrants. The first draw was kept quite small to ensure everything goes on smoothly and any glitches in the system could be identified and fixed easily.

People who have already submitted their profiles can wait for the next round which is expected to be in just few weeks.

For more details on Canada Express Entry, feel free to contact us!