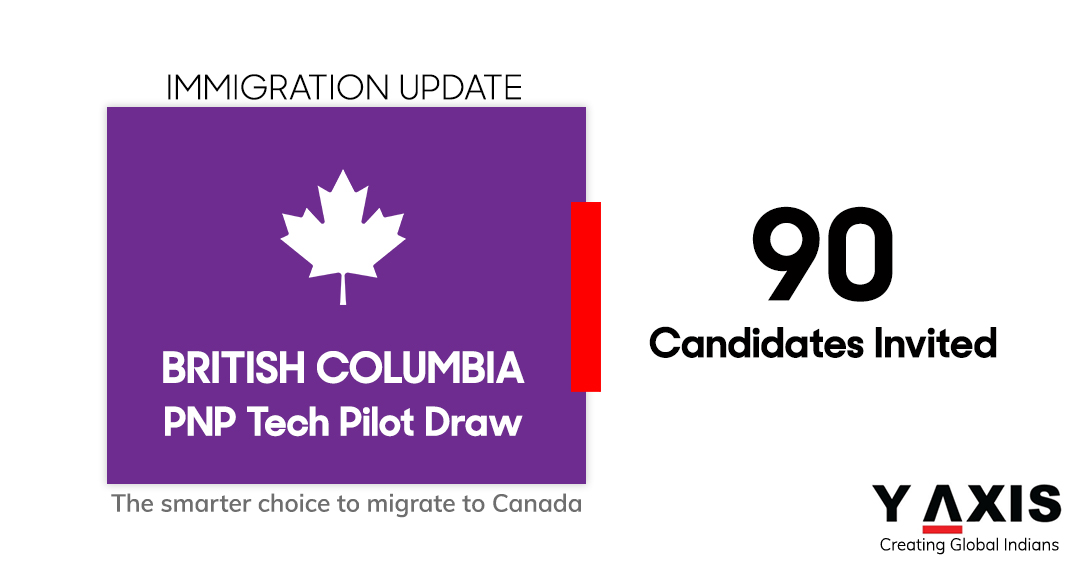 The province of British Columbia in Canada has held its third round of invitations this month under the Provincial Nominee Program [PNP] or Canada PNP. While the third BC PNP draw to be held in April 2021, this is the second Tech Pilot draw of the month.

The latest BC PNP Tech Pilot held on April 20, 2021, has invited 90 Canada immigration hopefuls to apply for BC PNP nomination.

The Tech Pilot of the British Columbia PNP is not a separate category or stream as such. Tech Pilot invitations are issued under the existing BC PNP categories of Express Entry BC [EEBC] or Skills Immigration [SI].

The Pilot is for individuals with tech skills applying for Canadian permanent residence and with the potential of contributing to the shared prosperity of the province. The BC PNP Tech Pilot specifically targets 29 key tech occupations.

Launched in May 2017, the Tech Pilot of BC has so far been responsible for more than 4,200 tech workers being nominated by the BC PNP for permanent residence in Canada. The Tech Pilot has been extended to June 2021.

To be eligible for a PNP nomination by BC under the Tech Pilot, an individual must have a job offer –

As per the BC PNP, “Processing times for 80% of BC PNP applications is 2-3 months from receipt. Tech Pilot applications are typically processed in shorter timeframes”.

Those looking to migrate to Canada under the PNP and settle within British Columbia can begin the process by registering with the SIRS that allots a score – the SIRS score – following an assessment of factors such as wage, job, location of job in BC, education etc.

Weekly invitations are issued to qualified registrants with valid job offers in the 29 key tech occupations.

The BC PNP Tech Pilot provides BC tech employers with the ability for recruiting and retaining international talent wherever local skilled workers are unavailable for the same.

While the EEBC category of the BC PNP is aligned with the federal Express Entry system, the SI category runs independently.

A PNP nomination, through any of the Express Entry-aligned PNP streams, is a guarantee of that Express Entry candidate being invited by IRCC to apply for their permanent residence in Canada.

British Columbia has issued 3,500+ invitations through the BC PNP so far in 2021.