U.K. passport is 7th most powerful in the world 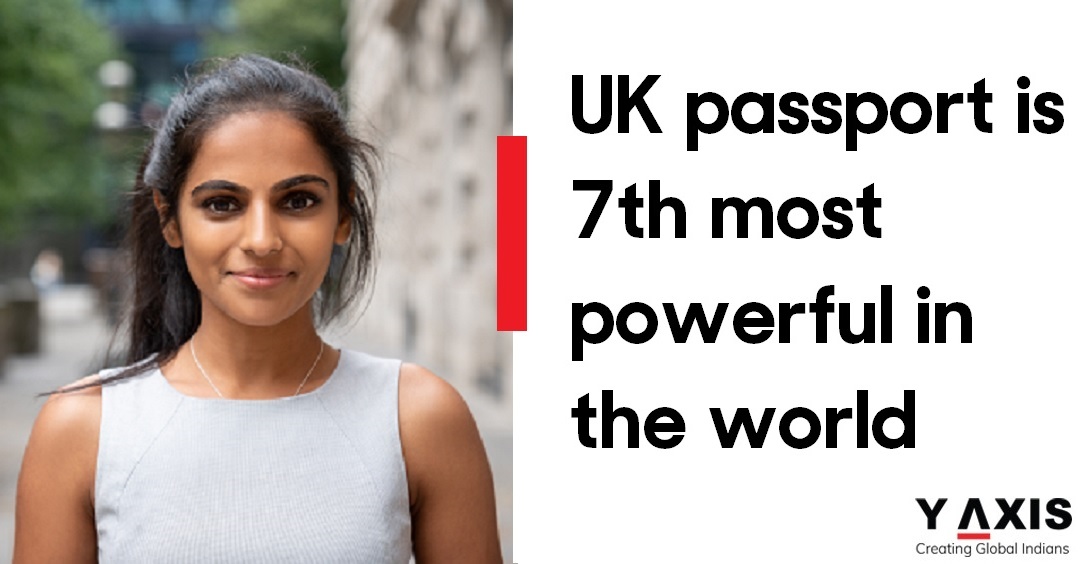 List of countries that require a visa to enter

Additionally, British passport holders require a visa to enter about 39 countries in the world. These countries include:

Based on all these, U.K. passport holders can enter a total of 190 destinations with or without a visa on arrival through eTA. Hence, the U.K. passport ranks seven in the world.

Apart from these, there are 39 additional countries where United Kingdom passport holders require a physical visa to enter or an eVisa (i.e. visa required countries).

The U.K. passport ranking at a glance

The United Kingdom is an island nation of Great Britain and Northern Ireland. It consists of twelve regions and is located in Western Europe bordering Ireland and the North Sea.

The most significant regions in the U.K. are:

The U.K. is popularly known as the 11th largest country in Europe as it has a surface area of 242,495 square kilometers. The weather in the U.K. is cool as it has mild winters and cool summers.

Its population is more than 67.8 million people. London is the capital city of the U.K., and it is the most populous city with 8.9 million inhabitants.

Other important cities in the U.K. include:

Heathrow Airport (LHR) is the largest one, and its yearly passengers count to 80.8 million. This is followed by London Gatwick (LGW), with around 46 million annual passengers. LHR is known as the busiest airport in Europe, as it provides access to most of the countries all around the world.

British culture is a mix of languages and cultures. The country’s official language is English. Its legal system is common law. The government in the U.K. is the parliamentary constitutional monarchy and is represented by Queen Elizabeth II as chief of state.

Mr. Boris Johnson is the present Prime Minister and is the head of the government. Elections were held every five years.

The official currency of the U.K. is the British Pound (GBP). The exchange rate of GBP is 0.9 to the USD. The U.K. has an open economy and generates a value of $3.1 trillion, making it the 9th largest economy globally.

Its per capita income makes up to $46,827. Services and industry are the two key sectors of the U.K.’s GDP. Its primary goods in the export sector include:

The U.K. is the most popular destination for tourism as it has a variety of urban and natural destinations and attractions. It is well-known for its picturesque medieval towns and different cultural facets due to its international history.

The most popular tourist destinations in the U.K. include:

The U.K. has a total of 32 UNESCO world heritage sites. Around 38 million tourists visit every year, with the majority originating from the United States and Europe. Because of its popular tourist attractions, it is ranked as the 10th most visited country globally.

If you are looking to Study, Work, Visit, Invest or Migrate to the U.K., talk to Y-Axis, the World’s No.1 Immigration & Visa Company.

Graduate route launched by the UK for Indian students in 2021