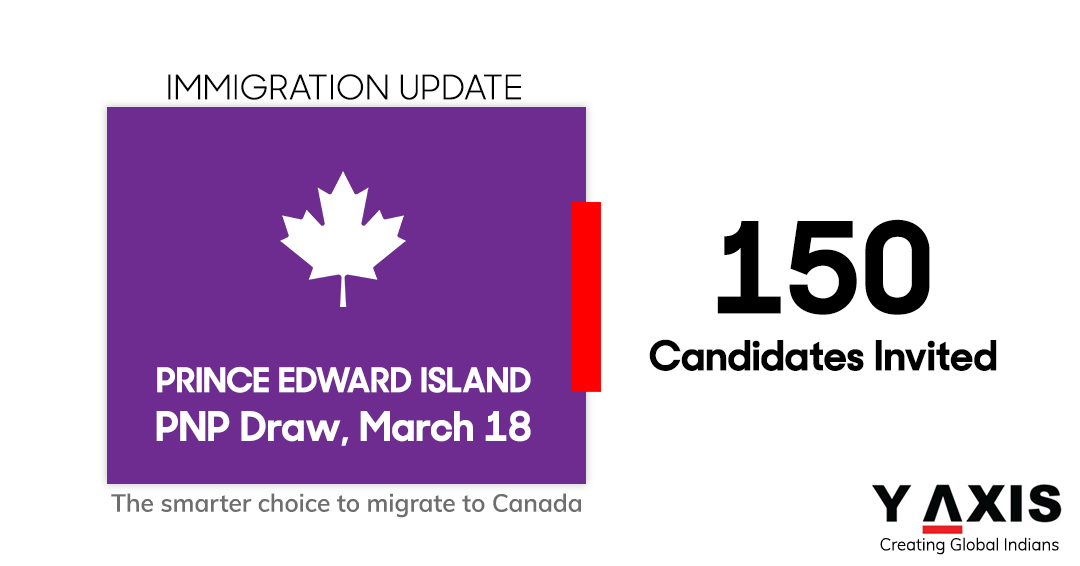 Prince Edward Island in Canada has held its latest round of invitations under the Provincial Nominee Program [PNP].

Held as per the 2021 draw schedule, the March 18, 2021 provincial draw by the province – through the Prince Edward Island Provincial Nominee Program [PEI PNP] – had a total of 150 being invited to apply for a nomination for Canada PR.

Of the total 150 invitations issued, 140 went out to candidates eligible for the categories of Labour Impact and PEI Express Entry. Another 10 PEI PNP invitations were for the Business Impact category.

The minimum points required for the categories of Labour Impact and PEI Express Entry are generally not disclosed by the PEI PNP.

The smallest island in Canada, Prince Edward Island is a part of the PNP of Canada. With over 80 immigration pathways or ‘streams’ available, many linked with the federal Express Entry system, the PNP is a much sought-after route to Canada.

An Express Entry candidate that is successful in securing a nomination – through any of the Express Entry-linked PNP streams – is automatically allotted 600 points towards their ranking score based on the Comprehensive Ranking System [CRS].

With the CRS 600 boost, an Express Entry candidate that is a provincial nominee is guaranteed to be invited by Immigration, Refugees and Citizenship Canada [IRCC] to apply for their Canadian permanent residence.

Applying for permanent residence in Canada through the Express Entry system is by invitation only. It is the highest-ranking Express Entry profiles – based on their CRS scores – that are invited.

As not all Express Entry profiles receive invitations to apply, a PNP nomination is a highly recommended way to ensure an ITA by IRCC.