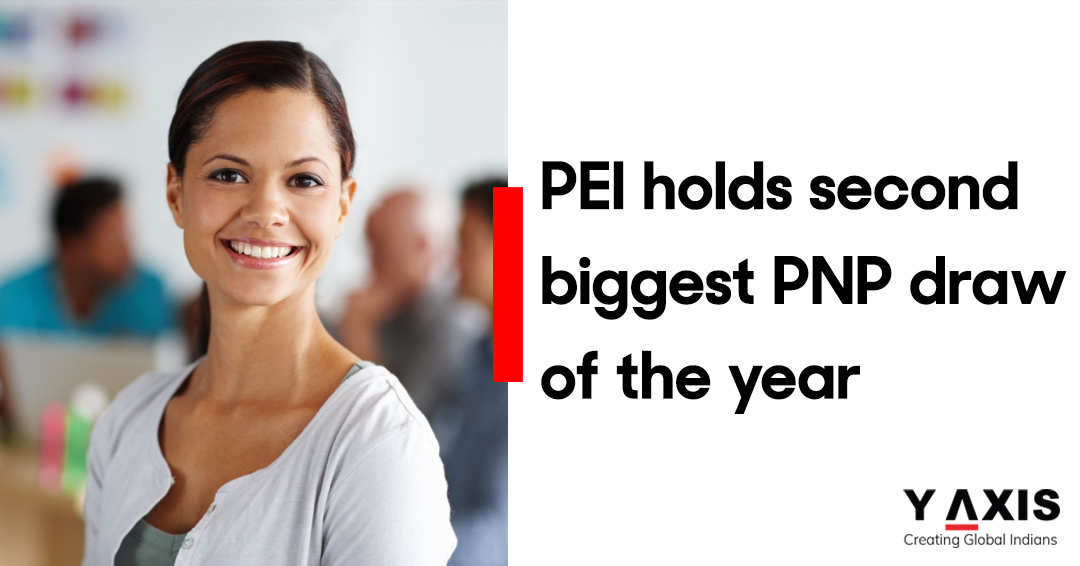 Prince Edward Island in Canada has held its second-largest provincial draw of the year. Previously, 200+ invitations in a single draw were issued in January 2021.

On October 21, 2021, Prince Edward Island Provincial Nominee Program (PEI PNP) invited a total of 204 candidates to apply for being nominated by the province for permanent residence in Canada.

PEI is a part of Canadian PNP.

Note. – The minimum score required for a Business Impact candidate to have received an invitation was 72.

Canada’s smallest province, PEI is located on the east coast of North America. PEI offers diverse career opportunities for skilled foreign workers that intend to settle within the province.

PEI is especially supportive of entrepreneurs.

New people coming to PEI – bringing along new possibilities and ideas – contribute to the economic and social fabric of the province.

The PEI PNP follows a pre-determined schedule for Expression of Interest draws. The next PEI PNP draw will be held on November 18, 2021.

A PNP nomination is worth 600 CRS points for an IRCC Express Entry candidate. With the ranking of that candidate boosted in the IRCC pool, that individual is guaranteed an ITA by IRCC in a subsequent federal draw.

To be eligible for a nomination under the pathway, the individual must meet the specific criteria of any 1 of the 3 economic programs that come under the Express Entry system.

A valid Express Entry profile will be required.

There are 2 separate PEI immigration pathways under PEI PNP Express Entry, depending on whether or not the individual has a job offer in PEI. Applicants already living and working in PEI will be prioritized.

To be considered by the PEI, an EOI profile will have to be created by the candidate with the PEI PNP.

For foreign nationals with a valid job offer in PEI PNP and support from their employer.

The Labour Impact category has 3 streams –

Candidates in this category are also required to submit their Expression of Interest.

The minimum score to be met by the candidate for being invited under the Business Impact category differs from draw to draw.

The latest PEI PNP draw had a minimum points threshold of 72 for business invitations.

Business invitations by the PEI PNP are issued under the Work Permit stream and targeted at foreign entrepreneurs that intend to own and operate a business within PEI.