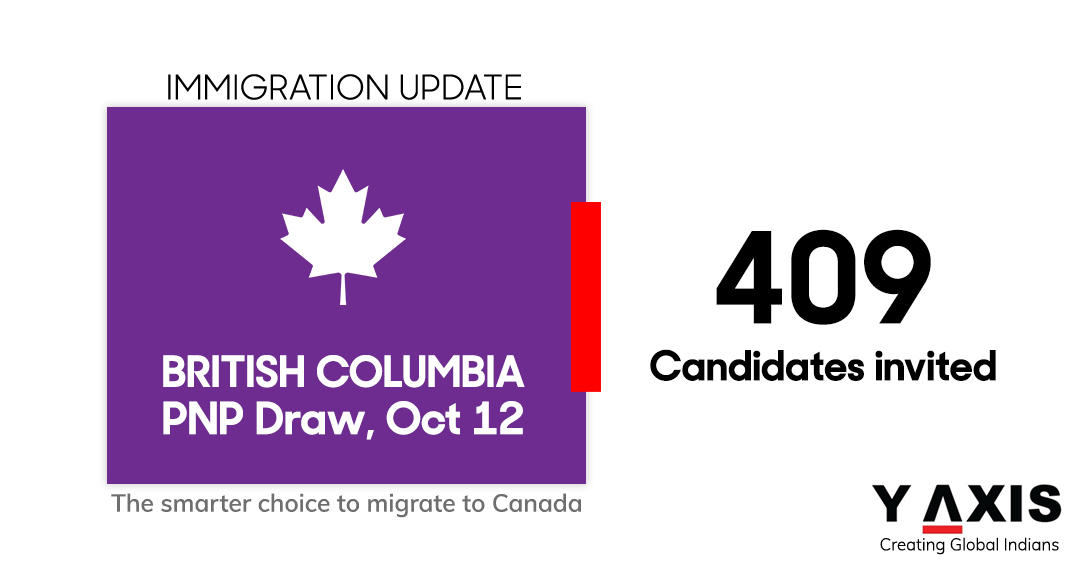 The province of British Columbia in Canada has held another round of invitations, inviting more than 400 in 4 separate draws held on the same day.

On October 12, 2021, British Columbia issued invitations to apply to Canada immigration hopefuls that might be eligible for the categories of – Skills Immigration [SI], Express Entry BC [EEBC], or Entrepreneur Immigration [EI].

These BC PNP targeted draws are being held due to a large number of candidates from particular labour market sectors that had registered with British Columbia’s SIRS.

Entrepreneurs too got invited in the latest round of invitations. The previous time that those eligible for Entrepreneur Immigration under British Columbia PNP received invitations was on August 17, 2021.

While British Columbia continues to invite and finalize applications from the EI stream, intake of applications under EI – Base Category is temporarily suspended. As per the BC PNP, “we are temporarily pausing the intake of new registrations to the Entrepreneur Immigration – Base category”.

An update in early-2022 is expected notifying when registrations were likely to be resumed.

Through the BC PNP, British Columbia aims to attract foreign workers in high demand in the province and want to take up permanent residence in Canada.

SI and EEBC are the 2 main immigration streams under the BC PNP. Aligned with Canada’s federal Express Entry system, a nomination under EEBC is worth 600 ranking points for the Express Entry candidate.

These 600 points are also called “CRS points” as the points are allotted following an assessment on the Comprehensive Ranking System [CRS]. Hence, with a CRS 600 got through PNP nomination, an invitation to apply for Canada PR is guaranteed.

British Columbia manages the BC PNP streams of SI and EEBC through B.C.’s Skills Immigration Registration System, commonly referred to as SIRS.

An account will have to be registered with SIRS as the first part of the process.

Canada is the most popular country for migrate overseas. As per a report, 92% of newcomers in Canada agreed that their community was welcoming.