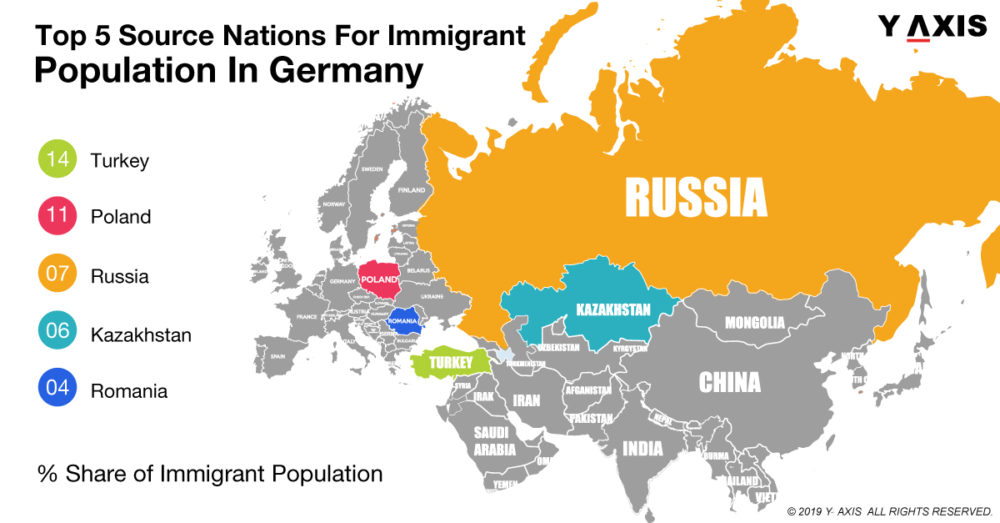 The immigrant population in Germany reached a record high last year. This is as per the statistics from the micro-census by the DESTATIS – The Federal Office for Statistics in Germany.

Roughly 19.3 million individuals residing in Germany are with immigrant backgrounds. This is an annual increase of 4.4%, as quoted by the DW.

The Top 5 source nations for immigrant population in Germany are:

The DESTATIS also defines an individual with an immigrant background. It is somebody who was born overseas or with a minimum one parent who is an overseas national.

The data also revealed the % of German nationality amongst the immigrant population. 51% were having German citizenship and 49% were overseas nationals.

The yearly micro-census collates its data from a 1% sample of the population in Germany. The focus is on individuals residing in private households.

The Federal Office for Statistics said that some individuals are likely to be underrepresented in its data. These are residing in shared accommodations like immigrant reception centres and asylum-seeker homes.

The top 15 nations with the highest immigrants