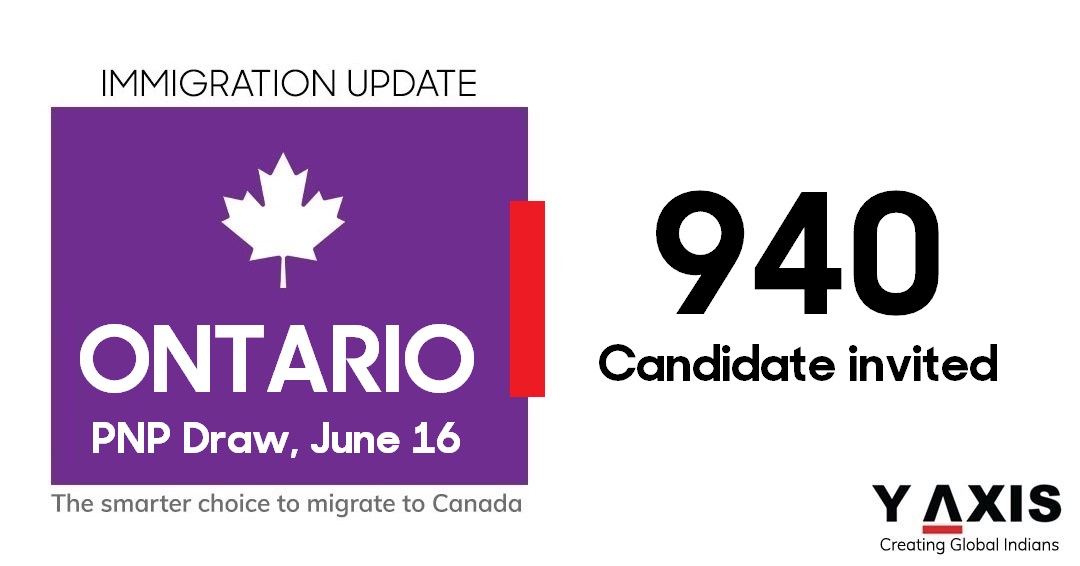 The province of Ontario in Canada has held another round of invitations under the Provincial Nominee Program [PNP], the route to Canadian permanent residence that goes through the provincial and territorial [PT] governments.

On June 16, 2021, Ontario PNP issued a total of 940 invitations to apply, under the newly launched Expression of Interest [EOI] system, to candidates that might qualify for the OINP streams of –

Earlier, the OINP has announced the introduction of an EOI system for 5 OINP streams.

Ontario PNP is officially referred to as the Ontario Immigrant Nominee program [OINP].

Unlike the previous May 25 OINP draw, there was no specific stipulation of being registered with the Regional Immigration Pilot attached with the latest Ontario PNP draw. Similarly, there was no location-requirement or certain targeted occupations.

The Foreign Worker Stream gives foreign workers an opportunity for applying for an OINP nomination for living and working in Ontario. Such workers would be required to have a job offer in a skilled occupation at Skill Type 0 or Skill Level A/B of the National Occupational Classification [NOC] matrix.

The International Student stream, on the other hand, is for international students with a job offer in a skilled occupation at Skill Type 0 or Skill Level A/B of the NOC.

*To apply, a valid federal Express Entry profile will be required. An invitation, a Notification of interest [NOI] letter, from the OINP must also have been received by the candidate.

Under the newly introduced EOI system of the OINP, candidates will be ranked in 1 or more or the OINP stream selection pools. The highest-ranked candidates will then be invited to apply by the OINP.

OINP invitations can either be general, taking into consideration all with an EOI profile with the OINP; or targeted, wherein specific labour market or human capital attributes are included.

Those receiving an invitation under the EOI system of Ontario PNP will be required to submit their application within 14 calendar days of receiving the OINP invitation.