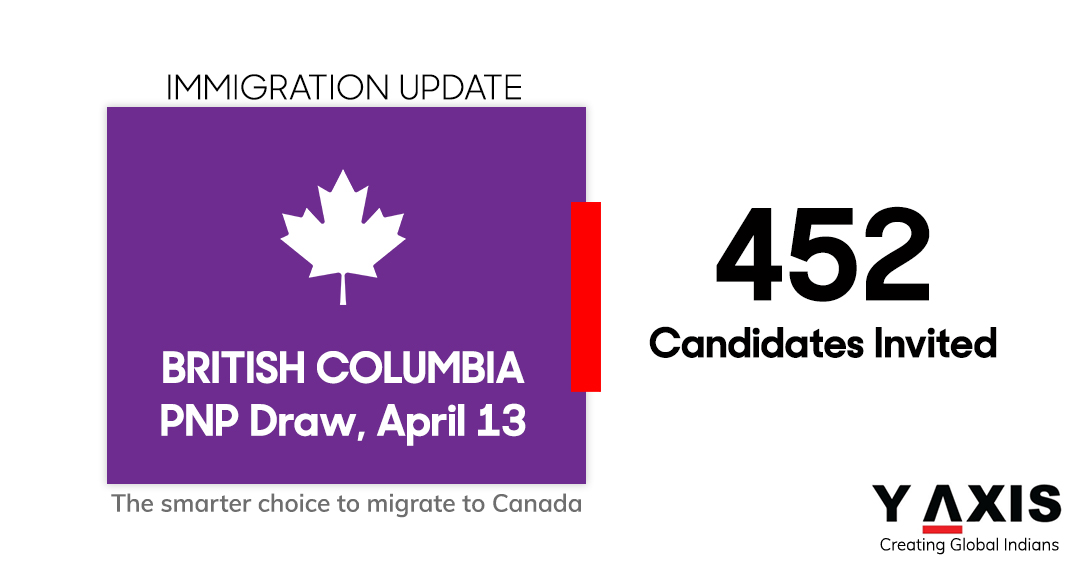 The Canadian province of British Columbia has held its latest round of invitations under the Provincial Nominee Program [PNP].

Those invited can now proceed to submitting their application for a provincial nomination through the BC PNP for their Canadian permanent residence.

The previously held provincial draw by British Columbia was a BC PNP Tech Pilot draw on April 6, 2021.

The latest BC PNP round of invitations included Canada immigration candidates eligible for the BC PNP categories of Skills Immigration [SI], Express Entry BC [EEBC], and Entrepreneur Immigration [EI].

Both the categories of SI and EEBC specifically target skilled workers looking to take up Canadian permanent residence and settle within British Columbia.

The main difference between the SI and EEBC categories, however, is that the EEBC is linked with the Express Entry system that is managed by the federal government of Canada through Immigration, Refugees and Citizenship Canada [IRCC].

The SI category, on the other hand, runs independently and is not linked with the federal Express Entry system.

An Express Entry candidate that is able to secure a provincial nomination – under any of the PNP streams linked with the IRCC Express Entry – is automatically allotted 600 CRS points towards their ranking score while in the pool of candidates.

It is the ranking score, based on the Comprehensive Ranking System or CRS, that determines as to which profiles are invited by IRCC to apply for Canada PR. It is the highest-ranked profiles that receive invitations.

The BC PNP Entrepreneur Immigration [EI] category is targeted at experienced entrepreneurs that are ready to invest in as well as actively manage a business within the province.

There are 3 different streams under the EI –

The total number of BC PNP nominations available annually depend on different factors that include the annual allocation. For 2019, British Columbia PNP nominated a total of 6,550 for permanent residence in Canada.

All streams that require an invitation have been included in the latest BC PNP round of invitations on April 13, 2021.