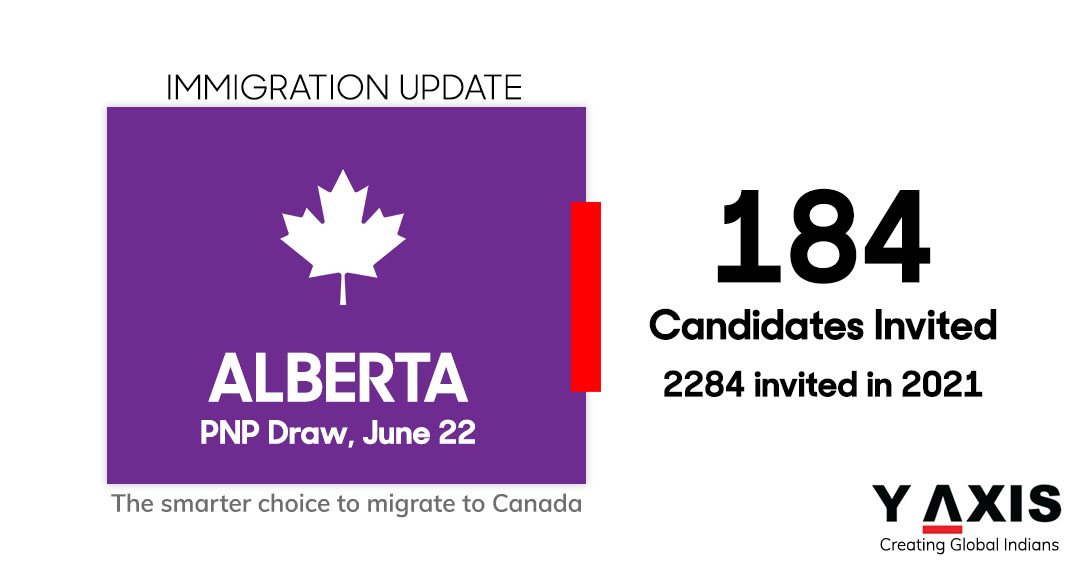 The province of Alberta has held its second draw of the month under the Provincial Nominee Program [PNP] of Canada.

On June 16, 2021, another 184 received invitations – also referred to as Notification of Interest [NOI] Letters – through the Alberta Immigrant Nominee Program [AINP]

AINP draws, usually held twice in a month, are part of the Express Entry Stream selection by Alberta PNP.

For the Alberta Express Entry Stream selection, the AINP regularly reviews Canada immigration hopefuls with their profile in the federal Express Entry pool of Immigration, Refugees and Citizenship Canada [IRCC].

Selected candidates are then invited by the AINP to submit their completed application to the AINP for being nominated by Alberta for their permanent residence in Canada.

An IRCC Express Entry candidate nominated under Canadian PNP is allotted 600 CRS points. By CRS is meant the ranking system – the Comprehensive Ranking System – used for ranking profiles against one another while in the pool.