Alberta PNP: CRS drops to 300 in the latest AINP draw 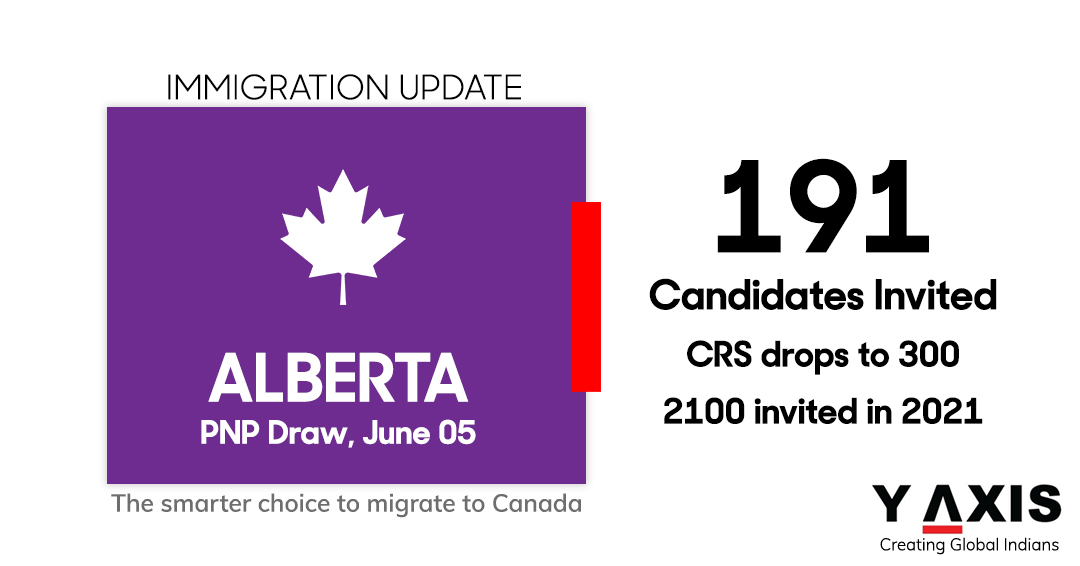 The province of Alberta in Canada has announced the details of the latest round of invitations held under the Provincial Nominee Program [PNP].

On June 5, 2021, the Alberta Immigrant Nominee Program [AINP], commonly referred to as Alberta PNP, invited a total of 191 Canadian immigration hopefuls to apply for an AINP nomination for Canada PR.

Note. CRS: Comprehensive Ranking System, used for ranking profiles in the Express Entry pool of the federal government of Canada.

CRS scores are allotted out of a maximum of 1,200 points. A PNP nomination in itself is worth 600 CRS points.

Those successful in securing a nomination would then be required to apply for Canada PR to Immigration, Refugees and Citizenship Canada [IRCC].

Invitations issued by the AINP are also referred to as Notification of Interest [NOI] Letters.

With the latest draw, Alberta PNP continues with the trend of inviting candidates in the CRS 300 to CRS 400 range. The highest CRS requirement in 2021 so far was that of CRS 406 in January 8 AINP draw.

Under the Stream, the AINP selects candidates from the IRCC Express Entry pool of candidates.

A federal Entry candidate might receive an AINP invitation if they –

Certain factors – such as, Alberta job offer or child/parent living in Alberta as a citizen/PR of Canada etc. – increase the chances of a federal Express Entry candidate being considered by the AINP for the Alberta Express Entry Stream.