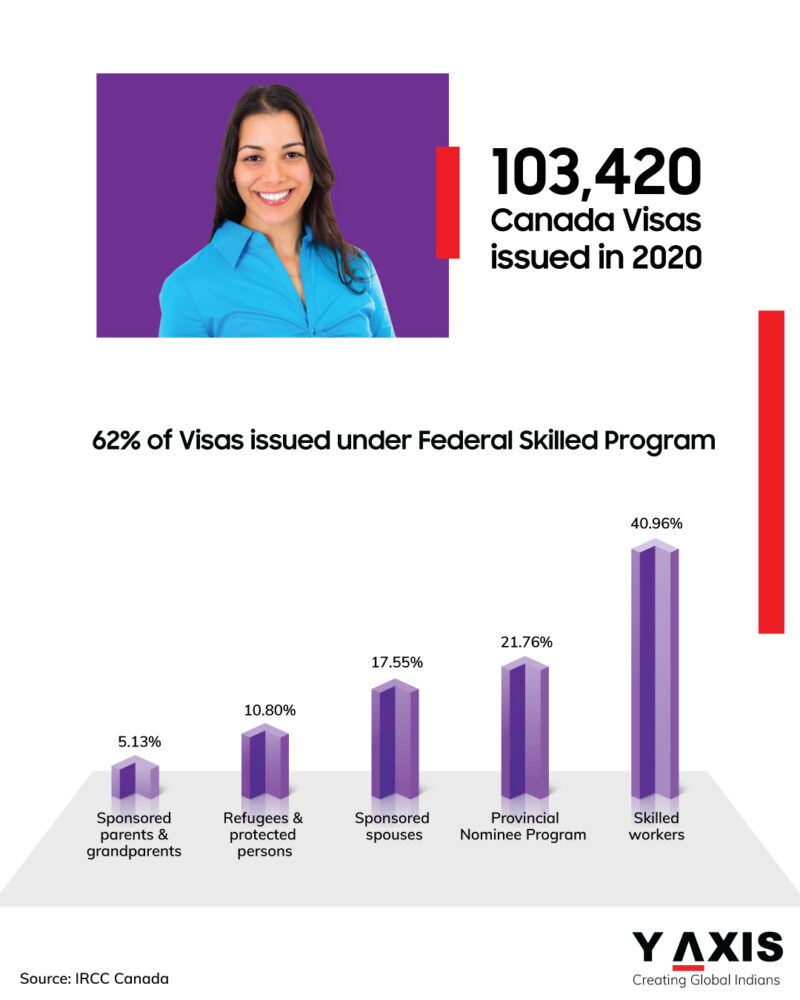 As per the figures recently released by Immigration, Refugees and Citizenship Canada [IRCC], Canada has welcomed 103,420 newcomers in the first half of the year.

However, while Canada immigration went on as usual even amidst the coronavirus pandemic, with regular federal and provincial draws being held, the focus had shifted to immigrants more likely to already be in Canada.

Since March, IRCC has been holding more of program-specific draws, alternating between the Canadian Experience Class [CEC] and the Provincial Nominee Program [PNP]. Candidates eligible for CEC or PNP have a higher likelihood of already being in Canada as against those currently overseas.

As per the IRCC statistics, of the 103,420 newcomers welcomed to Canada in the first half of 2020, a majority – that is, approximately 63.7% – comprised those admitted through economic immigration programs.

Of those taking the economic immigration route to Canada, around 21.8% were nominated through Canada’s Provincial Nominee Program [PNP].