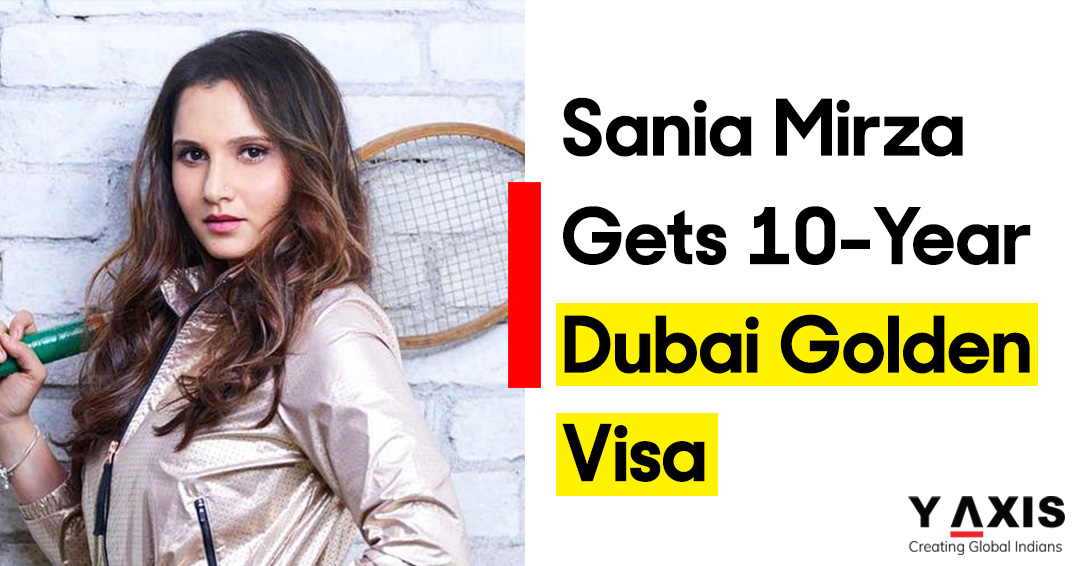 Sania thanked Sheikh Mohammed Bin Rashid, Federal Authority For Identity And Citizenship & General authority of sports Dubai for giving her this golden opportunity. She is fascinated to denote, Dubai is a very close place to her family.

Sania, in her words, “this is my second home, and we are looking forward to spending more time here. Being one of the few selected citizens from India, brings an absolute honor to us. This will also give us an opportunity to work on our tennis and cricket sports academy, which we are aiming to open in the next couple of months.”

Sania and Shoaib are also working towards the launch of their sports academy in Dubai. This offers tennis and cricket coaching for the people in Dubai. Sania Mirza will be in action for the upcoming Olympics, beginning July 23.

Sania, an Indian tennis star, will partner with Ankita Raina in the women’s doubles event in Tokyo Olympics.

If you are looking to Study, Work, Visit, or Migrate to UAE, talk to Y-Axis, the World’s No.1 Immigration & Visa Company.