Top 10 Booming Jobs in Canada and the U.S. 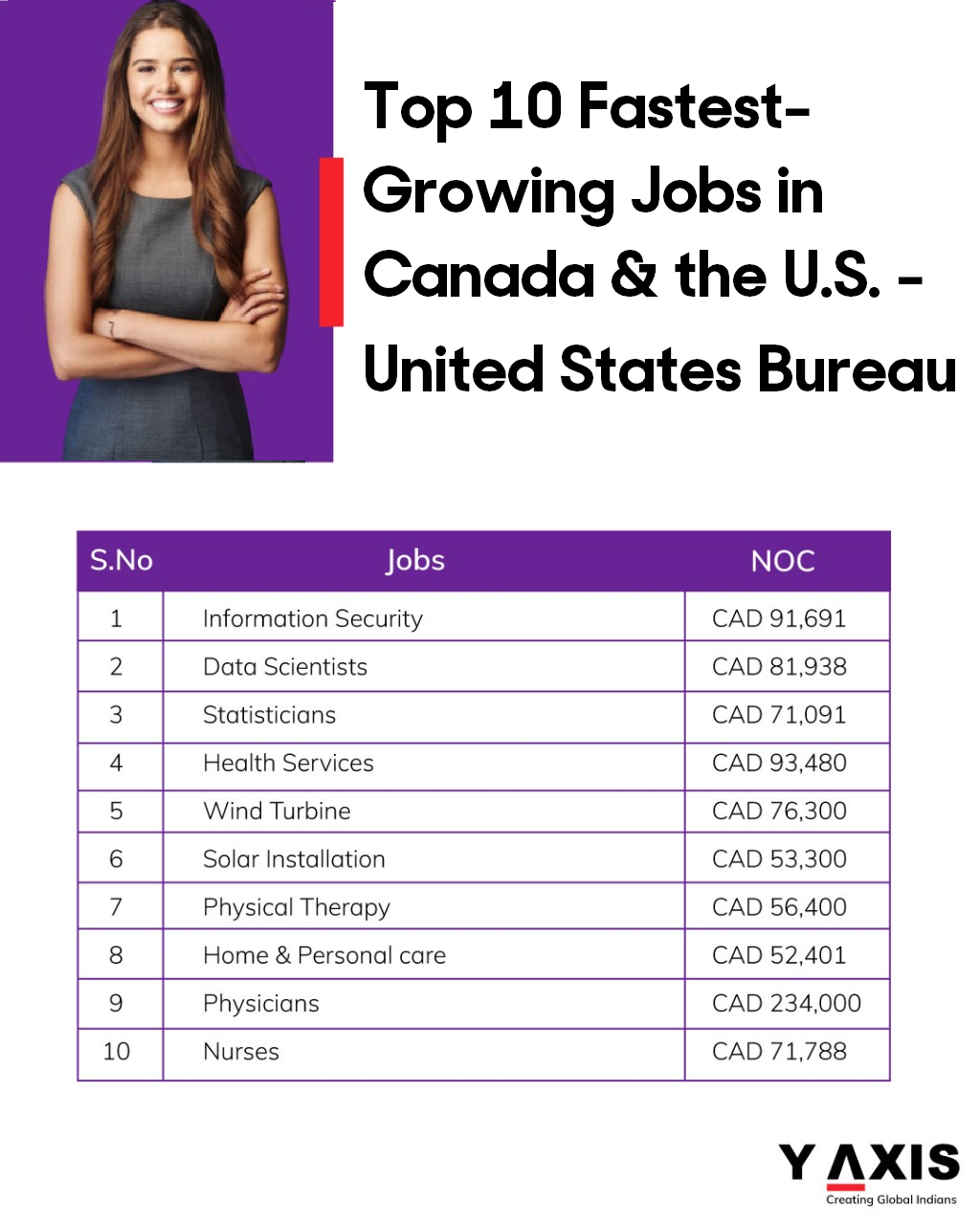 We all have seen drastic changes during and after pandemic levels. All the countries are slowly recovering from their economic losses. In this renewing phase, most of the highly developed countries are offering several jobs.

The immense shift to remote work in this new normal phase has been widespread. The use of digital collaboration tools, new and improved health and safety policies, and updated office and workplace layouts have led to a surge in demand for many jobs.

Let us explore the Top 10 Booming Jobs in Canada and the U.S.

Currently, in North America, the jobs related to green energy, healthcare, and information technology are blooming, leading to several job opportunities in Canada and the United States. This would be a great opportunity for the individuals who are looking to migrate to these countries.

Below is the list of Top 10 Fastest-growing Jobs in North America as per the United States Bureau of Labor Statistics:

A quick solution for highly skilled professionals to migrate is the Global Talent Stream (GTS) of the Temporary Foreign Worker Program (TFWP), under which Canadian work permits and visa applications are processed within two weeks.

It is also expected that the green energy sector, solar panel installers are in high demand and is ranked as third-fastest growing. Demand for these workers is expected to increase to 52.1 percent in the coming decade at a median salary of U.S.-$46,470.

There are many start ups industries with a fast percentage growth is on a very small existing base of available jobs. These are expected to be 4,700 wind turbine technician jobs and 6,100 solar panel installer jobs created during this period. So, the applicants need to cautious while going through the job trends.

These sectors are to grow by 32.6 percent, making it the seventh-fastest growing occupation only in the U.S. This means the additional almost 1.3 million jobs will be added in the coming decade.

In Canada, the job trends in healthcare sector is booming. It is offering several occupations that combine both a lot of opportunity with excellent salaries.

Among the top 10 fastest-growing jobs in Canada, nurses are spotted as number two. Nursing job opportunities are expected to grow by 52.2 percent in the coming decade at a median annual wage of U.S.-$111,680.

While the medical and health services manager jobs are spotted as eighth. These are expected to grow in number by 32.5 percent and command median annual wages of U.S.-$104,280.

Those who are having a for science and math will be heartened to know there are three job categories on the fastest-growing jobs list. The demand for statisticians is also expected to rise by 35.4 percent, or 14,900 jobs in the United States, with a median annual wage of U.S.-$92,270 in the coming decade.

In the same way the demand for data scientists and all other mathematical science occupations will be  raised by 31.4 percent, and are expected to add 19,800 jobs over the coming decade at an average salary of U.S.-$98,230.

If you are looking to Study, Work, Visit, or Migrate to Canada, talk to Y-Axis, the World’s No.1 Immigration & Visa Company.