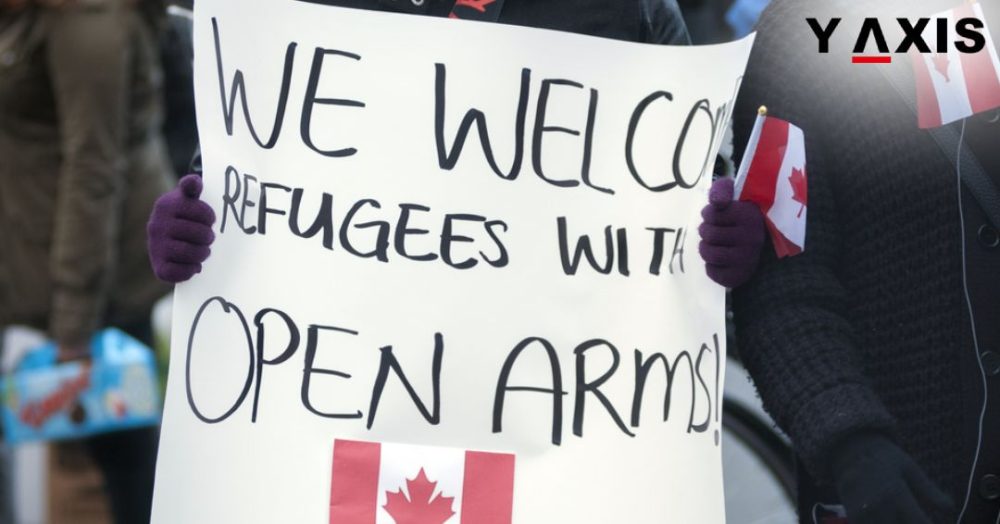 Canada can increase the figure of refugees accepted annually by channelizing them through the economic immigration programs. Those who possess employable skills will then be routed to the Canada PR Visa.

Immigration, Refugees and Citizenship Canada Minister Ahmed Hussen expressed these views marking the World Refugee Day. He said that he wants to accelerate massively the pilot launched last year. It links the refugees residing in the Middle East and East Africa with current economic immigration programs. These are the Provincial Nomine Programs in Canada or the PNPs, as quoted by the CIC News.

The EMPP – Economic Mobility Pathways Project builds on a program devised in 2016 by Talent Beyond Borders. TBB is a refugee resettlement organization based in the US. The program has already been signed up by 1000s of refugees residing in Jordan and Lebanon. 1/3rd of them possess an Undergraduate degree or higher and 40% of them have some level of proficiency in English.

The candidates who have signed up with TBB represent 200 plus professions. These include University Education, Accounting, Teaching, IT, Health care, and Engineering.

IRCC administers the EMPP in collaboration with TBB. The UNHCR – United Nations High Commissioner for Refugees and Refuge Point are also onboard.

Qualified skilled refugees who have registered with the UNHCR are referred through EMPP to 5 PNPs. These are in Yukon, Nova Scotia, Newfoundland and Labrador, Ontario, and Manitoba. This is for being considered for Canada PR Visa through nomination from these provinces, as quoted by the CIC News.

PNPs permit participating territories and provinces in Canada to choose immigration candidates for Canada PR Visa. This is if they fulfil the specific needs of their labour markets.

The EMPP also permits IRCC to assess and document barriers that might be faced by some of the refugees. This is while immigration to Canada through the present economic immigration programs. As of now, just a handful of candidates have immigrated to Canada via EMPP. This is something that Hussen would like to change.

Mathieu Genest the Spokesperson for Immigration Minister said that the EMPP remains small but is promising. IRCC is supervising the program and will re-evaluate prior to implementing any changes, added Genest.

The Spokesperson said that channelizing the refuges through economic immigration programs will assist in countering the false impression. It is that they are a burden on the system, added Genest.

The highest numbers of refugees than any nation were resettled by Canada in 2018. This is as per the latest data published by the UNHCR.