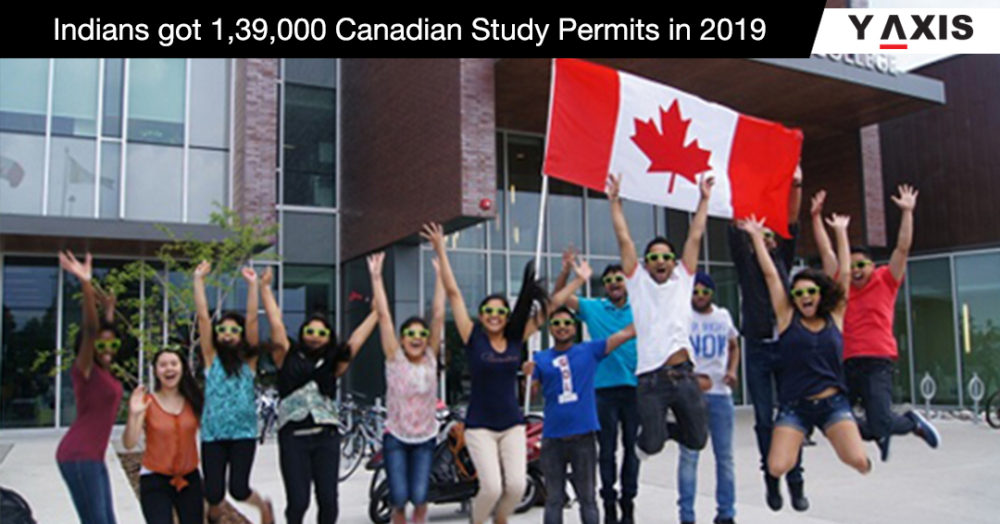 For the second year in a row, Indian students got more than a lakh of Canadian Study Permits.

Canada granted over 4 lakh Study Permits in 2019, out of which India obtained 1.39 lakh accounting for 34.5% of the total issued. Chinese students came second receiving 21% of all the Study Permits issued.

Also, Canada is widely perceived as a safe and welcoming country. Canada also has a very friendly stance on immigration which attracts many immigrants from all over the world.

Canada is also home to several world-renowned Universities.  The University of Toronto, McGill University and the University of Waterloo are just some of the well-known Universities located in Canada. However, with the UK bringing back its 2-year Post Study Work Visa, Immigration Experts believes Canada may face some stiff competition.

The Express Entry Program is the most popular program for migrating to Canada. International students get additional points under the Express Entry Program for work experience and education in Canada. The extra points give them an edge over others while applying for Permanent Residency. Unstable immigration rules of the US have also forced several tech companies to open offices in Canada. Hence, the number of job opportunities in the tech sector in Canada is increasing day by day, attracting more international students to the country.

Canada has also introduced several immigration programs to encourage more migrants to move to the regional and smaller communities of the country. Due to an ageing population and a competitive labour market, these areas often offer job opportunities faster than the major cities.