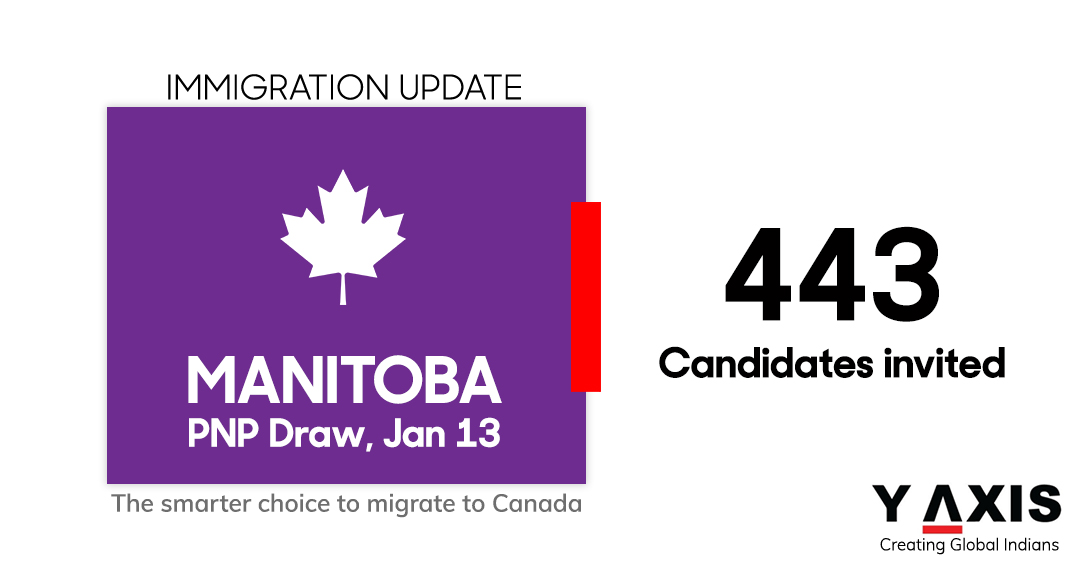 Manitoba in Canada holds its first provincial draw of 2022, inviting a total of 443 to apply for a nomination for Canadian permanent residence.

Invitations by Manitoba PNP are also referred to as Letters of Advice to Apply (LAA) letters.

Express Entry candidates invited by Manitoba are only eligible for receiving a MPNP nomination if their Express Entry profile – with Immigration, Refugees and Citizenship Canada (IRCC) – is valid at the time of the application assessment by the MPNP.

An Express Entry candidate nominated under Canadian PNP is automatically given 600 CRS points, thereby ensuring an Invitation to Apply (ITA) in a subsequent federal draw. CRS stands for the Comprehensive Ranking System.

To be selected in the latest MPNP draw, the candidate must have:

Proof of having all the required licensing steps for towards work in Manitoba as a skilled worker will be required.

Located at the heart of North America, Manitoba connects Canada to a central North American market of around 100 million people.

Every year, 15,000 from across the world move to Manitoba in search of new jobs and careers, affordable family living, and friendly communities.

There are many reasons that make a migrant choose Manitoba. Various employment opportunities in the province, along with many lifestyle and business opportunities make Manitoba a good place to settle for a newcomer to Canada.

As per a survey, 85% of MPNP nominees were employed within three months of arriving in Manitoba. 95% of families that moved to Manitoba settled permanently in the community, making Manitoba their new home.