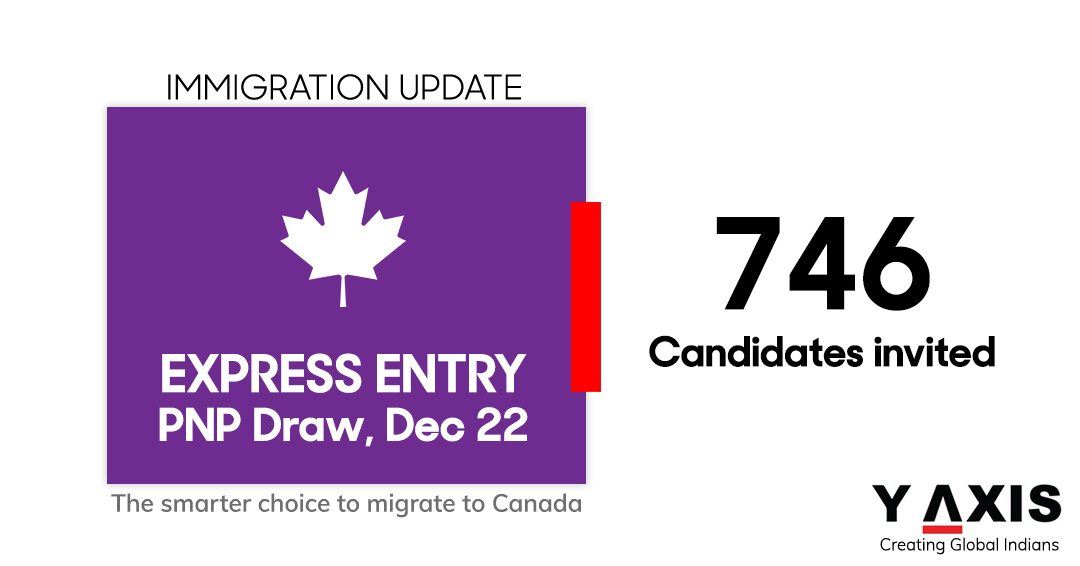 Canada has held another round of invitations under the federal Express Entry system, issuing invitations to candidates with a provincial nomination.

On December 22, 2021, Canada announced the Ministerial Instructions regarding invitations to apply for permanent residence under the Express Entry system #212.

The previous Express Entry draw was held on December 10, 2021.

The tie-breaking rule applied by IRCC is only applied in situations wherein more than one profiles have the minimum required CRS points cut-off. Express Entry grants precedence to profiles created earlier over those that had been entered into the pool at a later date.

Here, by CRS is implied the 1,200-point Comprehensive Ranking System matrix that allots a ranking score – referred to as the CRS score – to an Express Entry candidate based on certain human capital factors and additional points.

A nomination by a provincial or territorial government, under Canadian PNP, is worth CRS 600 points in itself, thereby guaranteeing an invitation to apply in a subsequent federal draw.

There is no first-come-first-served basis in terms of the selection of Express Entry profiles. It is the highest-ranked, as per their CRS scores, that are asked to apply for Canadian permanent residence through the Express Entry system of the federal Government of Canada.

Do note that the ranking score (given out of a maximum of 1,200 points) is different from the 67-point eligibility to apply through the Express Entry system. You will need to score 67 points to be able to make an IRCC Express Entry profile. However, you can only submit your permanent residence application when specifically invited to do so by IRCC.

Since March 2020, IRCC has been focusing more on Express Entry candidates more likely to already be within Canada as against those applying from overseas. So far this year, no invitations have gone out to FSWP candidates.

With the latest round of invitations, a total of 114,431 invitations to apply have been sent by IRCC so far in 2021.