Visa treaty between India and Maldives to be effective in March 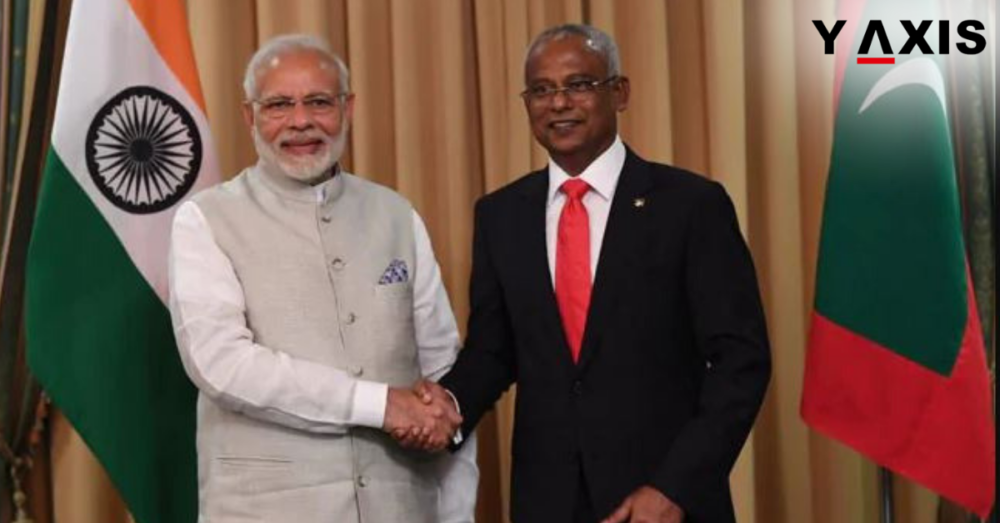 In December 2018, a new Visa treaty was signed between India and Maldives. The two countries aim at boosting people-to-people ties. Hence, they have exchanged diplomatic notes for the implementation of the Visa agreement.

President Ram Nath Kovind signed the agreement, as quoted by Business Standard. At first, the Union Cabinet had approved it. From March 11, 2019, the new Visa agreement will be effective. The two countries plan to complete all formalities before that. They would send information to Immigration offices, authorities and border points.

The Visa treaty will create a liberal Immigration system. It will benefit both the countries. Maldivian Immigrants can visit India for business, education, tourism, and medical purposes. The Visa agreement also makes Immigration to the Maldives easier for Indian Immigrants. They can travel to the country for the business purpose.

The former President Abdulla Yameen had set a 5-year rule between China and Maldives. Most of the development projects went to China. This created a strain in the relations between India and Maldives. Also, there were many diplomatic issues between the two countries. The Yameen Government denied Visa to many Indian Immigrants.

The Maldives Presidential Elections was a huge victory for India. Solih’s selection in the Elections changed the relations between the two countries. India had earlier warned the Yameen Government to respect democratic institutions. Prime Minister Narendra Modi visited the Maldives in November 2018. Solih had a detailed talk with the Prime Minister about their weak economy.

The Indian Government announced financial support of USD 1.4 billion to the Maldives. They would receive budgetary and socio-economic development help. The two leaders discussed how the relationship between the countries will improve further.

India should continue the partnership with the Maldives across various sectors. This way, the new Maldivian Government can meet the expectations of their people. Also, the new Visa treaty should improve the Indian economy.

If you are looking to Study, Work, Visit, Invest or Migrate to Maldives, talk to Y-Axis, the World’s No.1 Immigration & Visa Consultant.

If you found this blog engaging, you may also like…Maldives welcomes everyone with free tourist visas