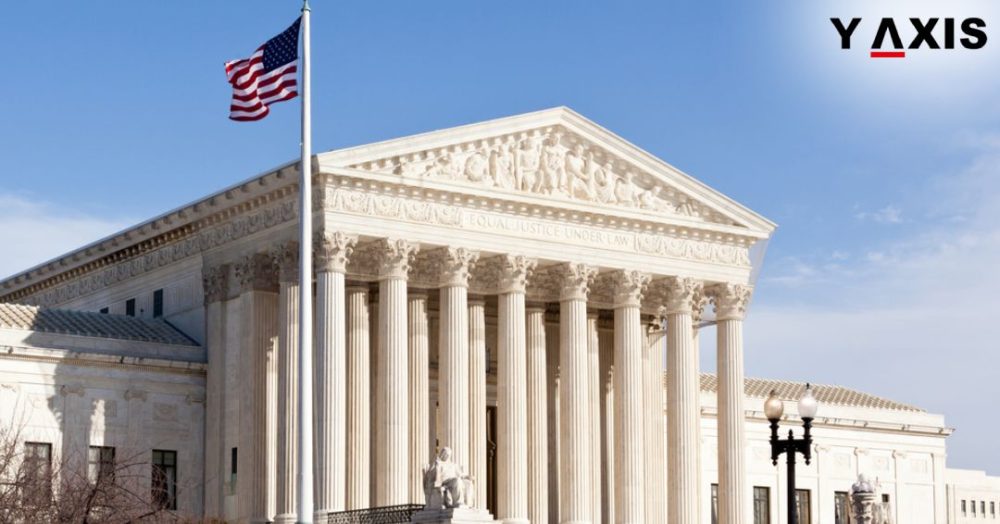 The issue of DACA immigrants has now reached the US Supreme Court. The top US Court will now decide if President Donald Trump acted as per the laws of the land. This is when he moved to rescind the DACA program that safeguards 100s of 1000s of immigrants from deportation. These had arrived in the US unlawfully as kids.

The US Supreme Court bench consisting of 9 Justices agreed to hear the appeals of Trump administration over the lower court rulings. This is the District of Columbia, New York, and California. These had stalled his plan in 2017 to end the DACA as being unlawful.

Deferred Action for Childhood Arrivals was implemented in 2012 by the then US President Barack Obama. The program safeguards roughly 700,000 immigrants who are often referred to as Dreamers. These are mostly Hispanic youth who have been provided the US Work Visa but no route to Citizenship.

The US Supreme Court has a conservative-majority and will hear arguments and issue an order in its next term. This begins in October 2019 and will run through 2020. It means that the verdict will come in the year of Presidential Elections and Trump is seeking re-election in it.

Presidential candidates from the Democratic Party have pledged to take action to safeguard DACA immigrants and offer them Citizenship. This includes Joe Biden the front runner, as quoted by the Reuters.

The Federal Judges in the District Courts issued orders stalling a move to end DACA by Trump. This is after the filing of lawsuits by a cluster of US States including New York and California. They were joined by individuals protected by DACA, Civil Rights groups, and others who challenged the lawfulness of the move.

Trump along with Republican and Democratic lawmakers have failed to arrive at a consensus for the law to protect Dreamers. The Trump administration contends that Obama surpassed his constitutional authority by bypassing Congress and creating DACA.

Meanwhile, DACA remains in force offering renewable 2 year Work Visas to those who qualify and are enrolled already. Trump administration has stopped accepting fresh applications under the program.

373,000 renewals have been offered by the US administration after 2018 January. This is as per the data from US Citizenship and Immigration Services.

Xavier Becerra California Attorney General who is a Democrat leads one of the lawsuits. He said that DACA stands for the commitment of the US to help people who are hard working. It creates opportunity and hope for a new generation. Several of them arrived as toddlers to the US, added Becerra.