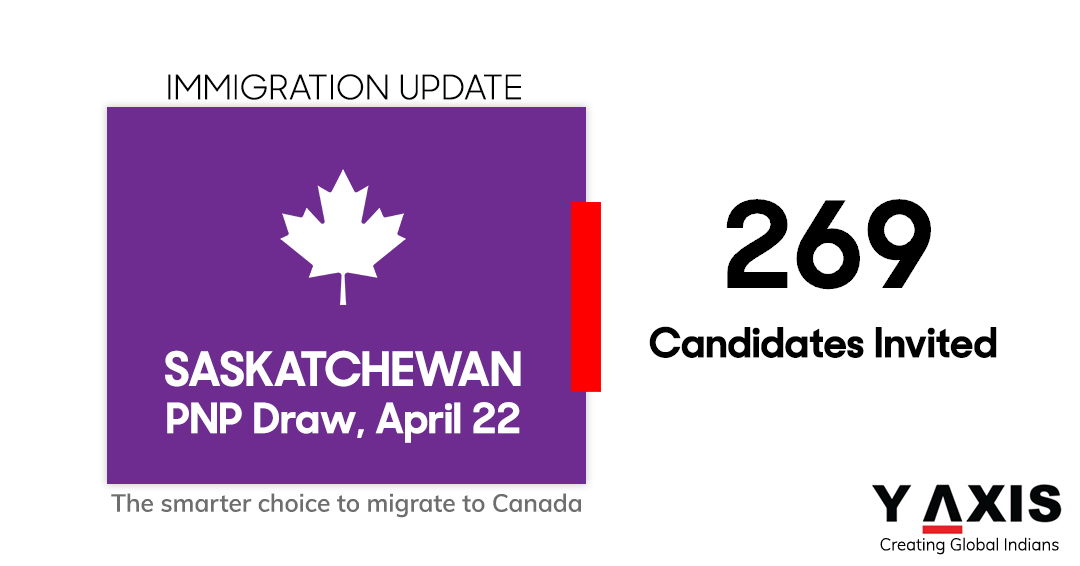 The province of Saskatchewan has held its latest round of invitations under the Provincial Nominee Program [PNP].

This is the second SINP draw to be held this month. The previous SINP draw was on April 8, 2021.

Typically, the SINP issues invitations, under the category of International Skilled Worker [ISW], to the immigration pathways or ‘streams’ of SINP Express Entry and SINP Occupations In-Demand.

The SINP’S ISW category is for skilled workers living abroad that want to take up permanent residence in Canada, settling in Saskatchewan.

A provincial nomination – through any of the PNP streams linked with the federal Express Entry system – guarantees that candidate being issued an ITA by IRCC.

A PNP nomination in itself fetches 600 CRS points. CRS stands for the Comprehensive Ranking System used for ranking Express Entry profiles against one another.

Generally held on a bi-monthly basis, SINP draws limit the selection of EOI profiles occupation-wise so that –

SINP does not post the date of selections before they take place. Prince Edward Island, on the other hand, posts an annual PEI PNP Draw Schedule well in advance.

Those intending Saskatchewan immigration through the SINP categories of Express Entry or Occupations In-Demand will be required to begin the process with the creation of an EOI profile with the SINP.

Following successful submission of an EOI, the candidate will then be entered into the EOI pool of eligible candidates.

The EOI score of the lowest-ranked candidate varies from draw to draw. The highest EOI requirement so far in 2021 has been that of EOI 77 in the January 21 SINP draw.

60 days are allotted for submitting their complete application – along with the required documentation – to the SINP.

As per the SINP, “The goal is to process all International Skilled Worker and Saskatchewan Experience applications within 16 weeks.”

Currently, the SINP processing times for the 3 different streams under the ISW category are as follows:

With the latest Saskatchewan PNP draw, a total 2,941 Canada immigration candidates have been invited by Saskatchewan to apply for a provincial nomination so far in 2021.