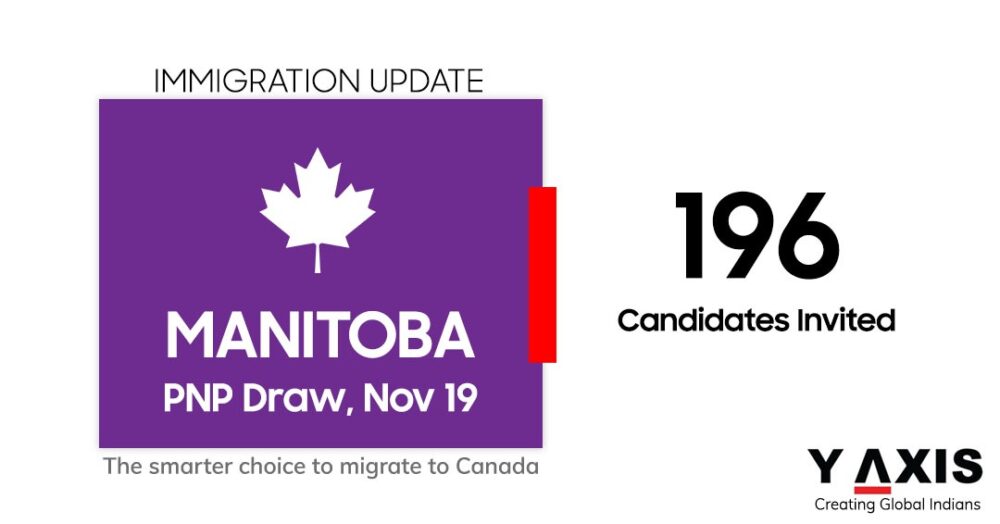 In the latest round of invitations held on November 19, 2020, Manitoba has issued 196 invitations to immigration candidates to apply for a provincial nomination for permanent residence in Canada.

This was Expression of Interest Draw #103 by the Manitoba Provincial Nominee Program [MPNP].

With the latest MPNP draw, Manitoba has issued 4,469 invitations in 2020 so far.

Of the 196 Letters of Advice to Apply [LAAs] issued, 40 went to Express Entry candidates.

An Express Entry candidate that is successful in securing a nomination though any of the Express Entry linked streams of the Provincial Nominee Program [PNP] of Canada is allotted an additional 600 points towards their CRS score.

By CRS is implied the ranking score – the Comprehensive Ranking System [CRS] score – that determines which Express Entry candidates are invited by Immigration, Refugees and Citizenship Canada [IRCC] to apply for Canadian permanent residence.

Not all Express Entry candidates receive invitations to apply for Canada PR. A PNP nomination, therefore, is a way of guaranteeing that the candidate is issued an ITA by IRCC in the subsequent federal Express Entry draw that is held.

Those intending taking Manitoba’s PNP route to Canadian permanent residence – through either the Skilled Workers in Manitoba or Skilled Workers Overseas stream – will be required to begin the processing by registering an Expression of Interest with the MPNP.

Do keep in mind that an EOI is not a visa application as such. It is only a way of informing the province or territory concerned that the individual would be interested in a PNP nomination through them.

Upon successful registration with the MPNP, a score – referred to as the EOI score – will be allotted out of a total of 1,000 points. The EOI score of a candidate is based on human capital factors, which include their education, work experience, language ability, and connection to Manitoba.