Income tax exemption to continue on salary income by NRIs in Gulf: GOI 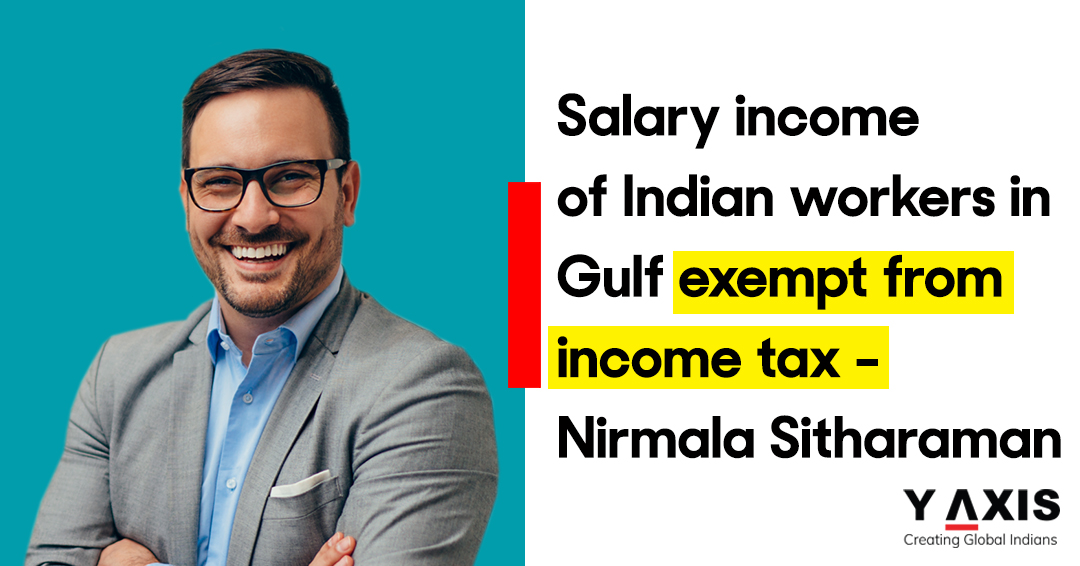 On April 1, 2021, Finance Minister NirmalaSitharaman has clarified on Twitter that “The Finance Act, 2021 hasn’t brought in any additional or new tax on hardworking Indian workers in Saudi/UAE/Oman/Qatar.”

Categorically stating that there was “No going back on words” as alleged by Trinamool Congress MP MahuaMoitra, Sitharaman has quoted the tweet of the MP that stated “Complicated words in Finance Bill 2021 – in reality a Special Gulf workers tax. FM going back on her words.”

Finance Minister has said that the Finance Act 2021 had merely incorporated the “general definition of the term ‘liable to tax’ in the Income Tax Act to provide clarity”.

In a series of three separate tweets, Sitharaman has said that the amendment had not altered the taxability of income earned in the form of salary by non-resident Indians in the Gulf countries.

According to the Finance Minister, “salary income earned in Gulf countries would continue to be exempt in India”.

In the third tweet, Sitharaman has categorically stated that while drawing conclusions without comprehending the facts was worrying, putting out the same on a social media platform misleads and creates “unwanted panic among people”.

Gulf-based Indian expats can claim tax rebates on their India income under the Government of India’s [GOI] Double Taxation Avoidance Agreement [DTAA] with these countries.

By a “double taxation” is implied a levy of tax by two or more countries on the same financial transaction, asset or income. A tax treaty, such as the DTAA, is one of the ways of avoiding double taxation.

As a source country for many immigrants that go abroad for work overseas or migrate overseas, India has around 85 active DTAAs. For example, the DTAA between Singapore and India.

Of the nearly 31 million NRIs, an estimated 8.5 million work in the Gulf region.