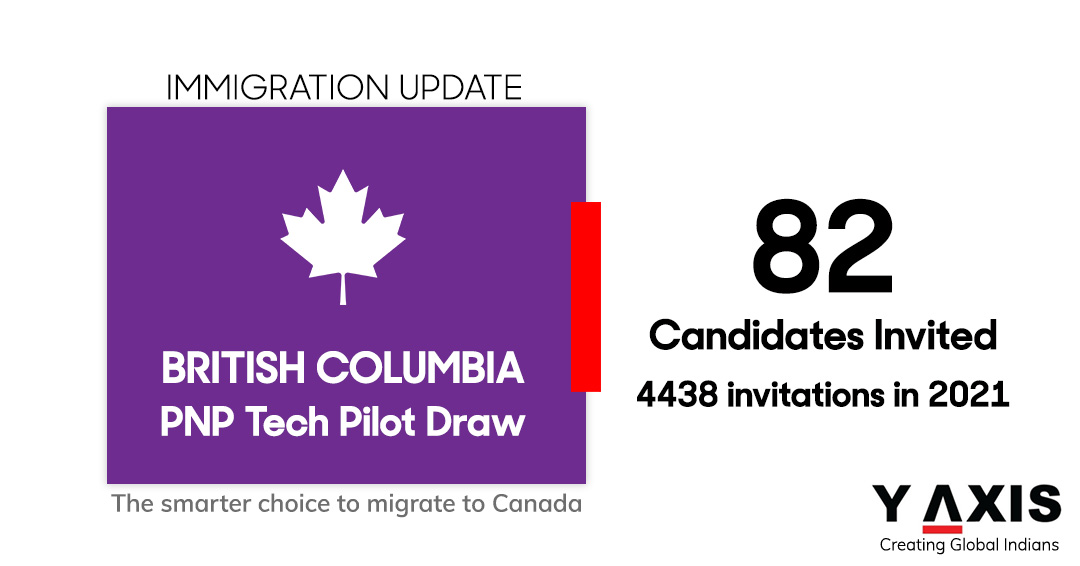 The province of British Columbia in Canada has held its latest draw under the Provincial Nominee Program [PNP].

On May 18, 2021, British Columbia PNP has invited another 82 Canada immigration candidates to apply for their nomination through the province for Canadian permanent residence.

Invitations were issued to Canada immigration hopefuls under the BC PNP categories of Express Entry BC [EEBC] and Skills Immigration [SI].

While the EEB category is linked with the federal Express Entry system, the SI category runs independently.

Note. SIRS: Skills Immigration registration System, an intake management system used by British Columbia for prioritizing candidates for nomination through the BC PNP.

As this was a BC PNP Tech Pilot draw, the Invitations to Apply [ITAs] in the latest BC PNP draw went out to candidates under any of the 29 eligible occupations.

To be eligible for the BC PNP Tech Pilot draw, a candidate must have a valid job offer under any 1 of the 29 eligible occupations. The job offer must be for a minimum of 365 days [1 year], with at least 120 days remaining at the time of their BC PNP application.

The BC PNP Tech Pilot offers an expedited Canada immigration pathway for individuals with tech skills applying for Canada PR that will contribute to the shared prosperity of the province.

Initially launched in May 2017, the BC PNP Pilot has since then been extended at various points in time. Most recently, the Tech Pilot of British Columbia PNP has been extended until June 2021.

With the latest round of invitations, British Columbia Provincial Nominee Program has issued a total of 4,437 invitations so far in 2021.