Alberta PNP holds the second AINP draw of the month 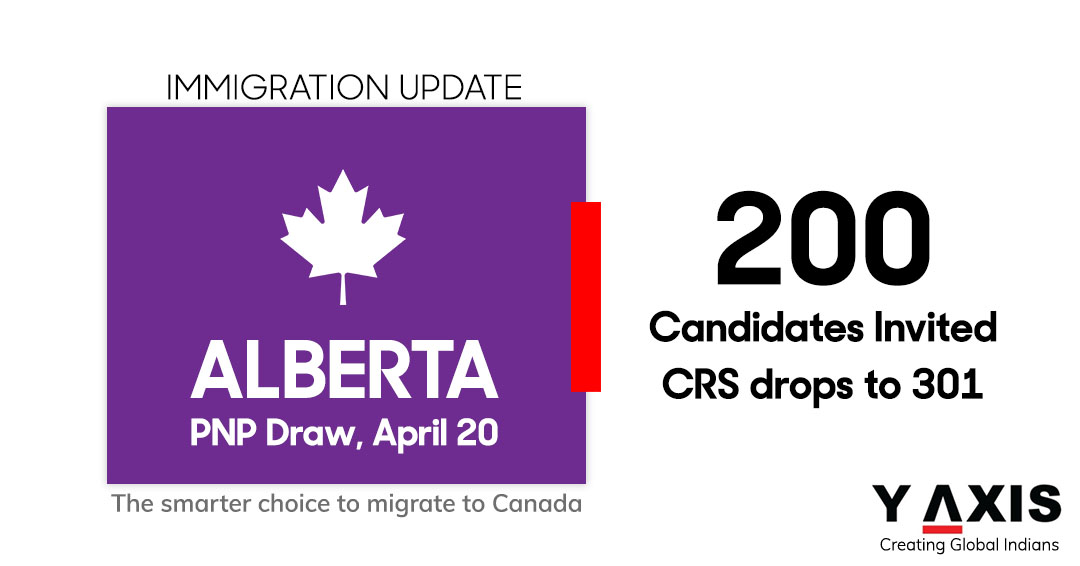 The province of Alberta has released the details of their latest draw held under the Provincial Nominee Program [PNP].

The AINP invitations, also referred to as Notifications of Interest [NOI] letters, have been issued to candidates that had their federal Express Entry pool ranking score of at least CRS 301.

Here, by CRS score is implied a score, out of a maximum of 1,200 points, that is allotted to a federal Express Entry candidate based on the Comprehensive Ranking System.

A PNP nomination – through any of the PNP streams aligned with the IRCC Express Entry system – is worth CRS 600 points.

The Alberta Express Entry stream is linked with the Express Entry system, managed by the federal government of Canada through Immigration, Refugees and Citizenship Canada [IRCC].

In the AINP draws that are held from time to time, Alberta PNP selects Canada immigration candidates with their profile in the Express Entry pool, issuing them NOI letters in their federal Express Entry profile.

Those invited by Alberta PNP can then proceed to applying to the AINP for a provincial nomination for Canadian permanent residence.

On receiving an AINP invitation, the candidate will be required to submit a copy of the letter, along with the required additional information, to the AINP via email within 2 weeks of receiving the NOI letter.

An individual might receive an NOI letter from Alberta PNP if they – [1] have an active IRCC Express Entry profile, [2] have expressed an interest in immigrate to Alberta, [3] have a minimum ranking score of CRS 300, and [4] are working in an occupation that supports the economic diversification and development of Alberta province.

With the latest AINP draw, a total of 1,409 candidates have been invited by Alberta in the 8 draws held so far in 2021.