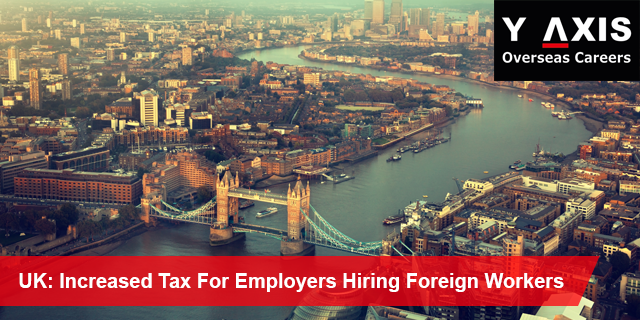 Queen Elizabeth II opened Britain’s new parliament session on Wednesday and delivered 62nd Queen’s Speech of her reign and has made some announcements. Her speech covered many subjects – from referendum on EU membership to enhanced partnership with India and new tax levy for employers that employ foreign workers instead of young Brits.

The Times of India quoted the Queen saying, “My government looks forward to an enhanced partnership with India.“ She also spoke in length about immigration rules that allow foreign workers to get jobs in the United Kingdom. Queen announced that employers that hire foreign workers instead of Brits will have to pay extra tax.

Though, she said, the tax won’t come into effect immediately, consultation will be done to check out the possibility of such tax. The new visa levy will be used to fund apprenticeships in the UK.

The move, when comes into force, would affect Indian professionals and also Indian businesses in UK that employee non-English staff, preferably from India.

The government would also take action against businesses that employ illegal immigrants by promising them work and a better life. “It is not right that unscrupulous employers can exploit workers, luring them here with the promise of a better life,” She said.