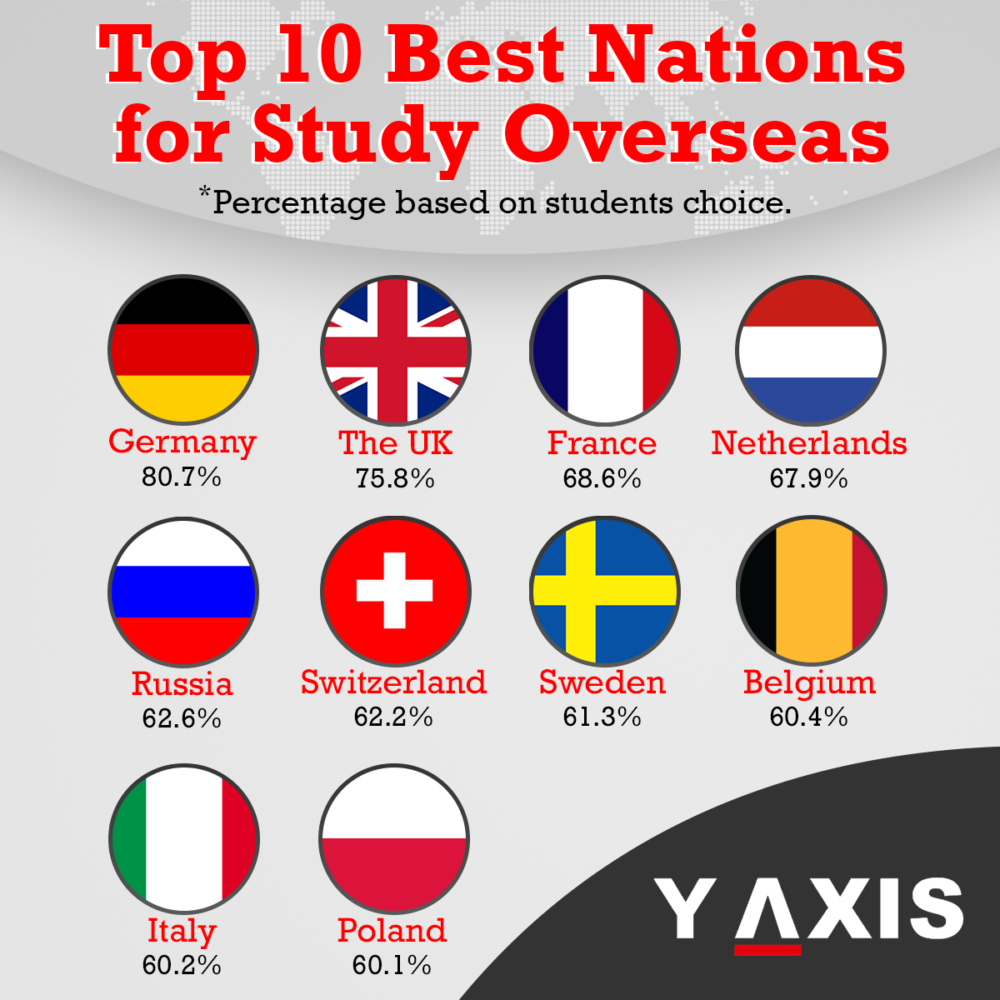 Germany has once again topped the list of top 10 Best Nations for study overseas in Europe in the ranking based on attractiveness for international students. Most rankings consider that the UK and the US have the best institutions.

Many aspiring students think of the UK or the US while planning their Overseas Education. However, the latest study has revealed that Germany is now emerging as the top choice of overseas students in Europe.

30 nations in Europe were ranked based on three criterions – Education, Life and career, and Costs.

Gerrit Blöss the CEO of Study EU said that Germany has a large number of institutions of higher education. These are ranked high in the global ranking owing to the quality of education.  It has also considerably enhanced the number of courses that it offers in English.

If you are looking to Study in Germany, Work, Visit, Invest or Migrate to Germany, talk to Y-Axis, the World’s No.1 Immigration & Visa Company.