Russia to simplify E-Visas for 53 countries from next year 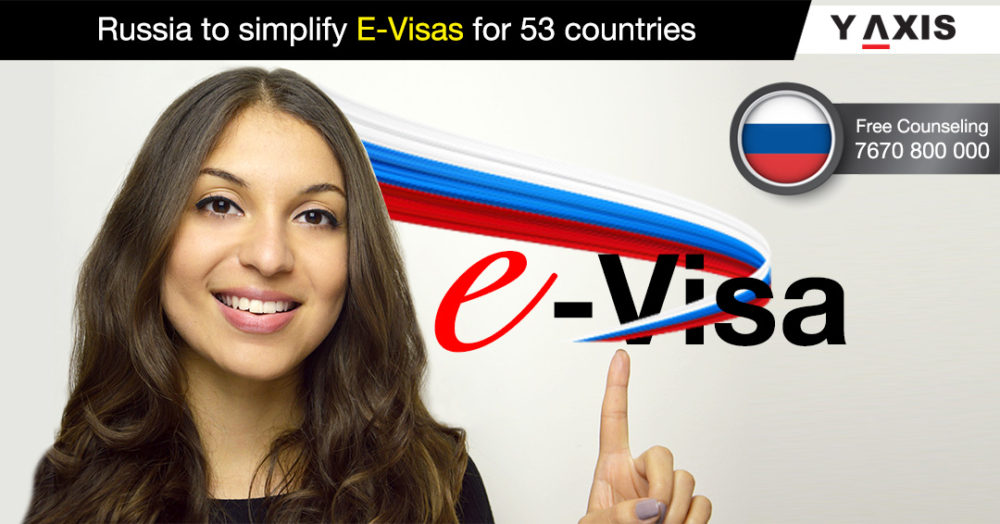 53 nations will be eligible to apply for simplified, low-cost E-Visas to travel to Russia from the next year, confirmed a senior Russian official.

The new E-Visas will come into effect from 1st January 2021 and will have a validity of 16 days. Citizens of the European Union, the Middle East, Latin America and several countries of Southeast Asia would be eligible for the new E-Visa.

The US, Canada and the UK would not be able to apply for the new E-Visa due to political friction between these countries and Russia. Yevgeny Ivanov, Deputy Foreign Minister of Russia, made the announcement saying that Russian Diplomats are made to wait for up to two years for a US Visa. He further added that the list of eligible countries was made based on various factors. One of the main factors was their visa policy towards Russia. He also said that no further changes are expected to the list of eligible countries.

Mr Ivanov said that Russia might, someday, allow the US, the UK and Canada to apply for free E-Visas. However, that depends on if the visa dialogues with these countries normalize.

Vladimir Putin, President of Russia, has promised to offer E-Visas to several foreign countries starting from 2021. Russia aims to increase the total revenue earned through tourism to $15.5 billion by 2024.

Russia has long held the dubious record of being one of the difficult countries to get into. International tourists have very frequently complained about the difficulties in getting a Visa for Russia.

There will be no consular fee for the new E-Visa. However, it was earlier announced by Mr Ivanov that $50 would be charged as a consular fee.

India is on the list of eligible countries for the new E-Visa along with China, Japan, Mexico, Singapore and Indonesia.

Since 2018, Russia has allowed 18 countries to obtain a free, single-entry E-Visa to visit the Far East Federal District of Russia. Russia expanded the E-Visa offer to allow international travellers to visit St. Petersburg and the Western enclave of Kaliningrad.