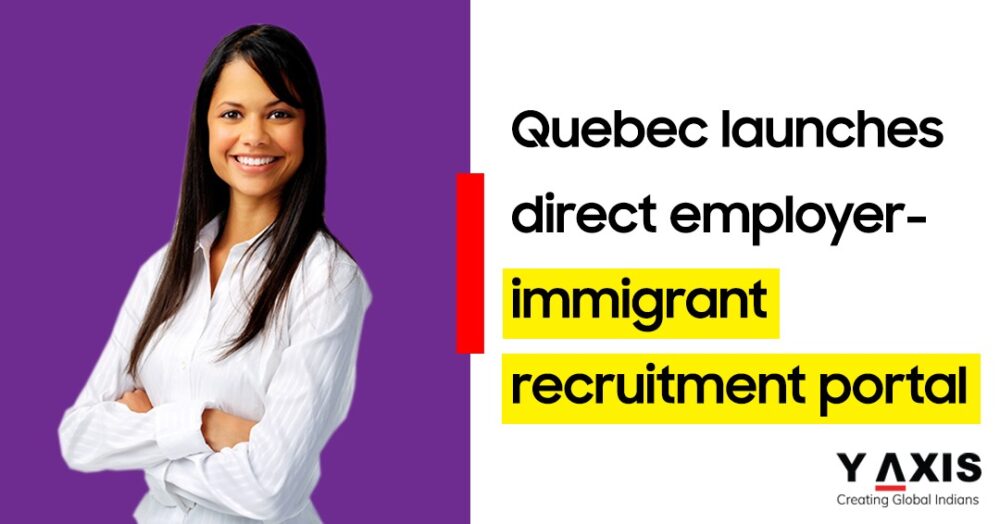 Quebec has launched a direct employer-immigration recruitment portal. The announcement to this effect was recently made by Quebec’s Minister of Immigration, Francization and Integration, Nadine Girault.

Operational since June 27, 2019, the Employers’ Portal is a free service allowing a company to obtain personalized as well as local support by a Ministry advisor for accessing the Portal. As per the MIFI, “The new version of the Employers’ Portal, which includes an interface allowing companies to search independently, has been accessible since November 5, 2020.”

With the help of the new feature of the Employer Portal, businesses in the province can recruit immigrant job seekers – within Quebec as well as overseas – using the data from the Arrima system of the government of Quebec.

Specifically designed keeping in view the selection of the candidates most suited to fulfilling the existing labour requirements in the province, the new feature will allow businesses to go directly to the website of the Quebec’s ministry, sift through the profiles of Canada immigration candidates, offer them a job as well as help in the initiation of the immigration process.

For accessing the Employer’s Portal of Quebec, a company would have to begin the process through the creation of their profile in the Arrima system. Arrima is the online Expression of Interest management system of Quebec.

Once the employer has registered their profile with Arrima, they can then request online assistance. Following the submission of the request, companies will be sent a personalized response from a Ministry advisor within the next five working days.

On the successful completion of this step, the company will be granted access, allowing them to conduct independent research on their own.

Companies that are registered in the Employment Register – Registraire des Entreprises Québec – will be able to recruit immigrants as well an individuals from ethno-cultural minorities in Quebec, international graduates having graduated from Quebec that have a post-graduate work permit, along with temporary and permanent workers from abroad.

With the ability of accessing the immigration candidates’ profiles directly, the companies can then more efficiently identify individuals best meeting the labour requirements in the province.

According to the MIFI, while the new feature will make it possible for more speedy identification of the most appropriate candidate, the processing under the particular temporary or permanent immigration program of Quebec will not be expedited as such.

Earlier, Quebec has announced three pilot programs that will be launched in the coming year.