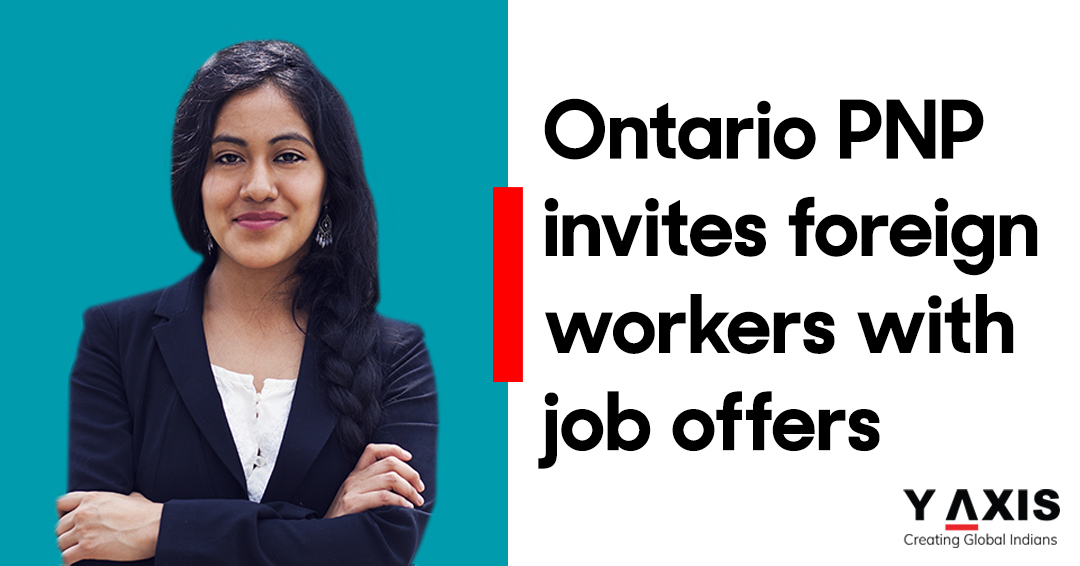 Recently, Ontario invited its first set of skilled workers as per the newly launched Expression of Interest [EOI] system of the province under the Provincial Nominee Program [PNP] of Canada.

On May 25, 2021, the Ontario Immigrant Nominee Program [OINP], also commonly referred to as Ontario PNP, issued invitations to apply to Canada immigration candidates that –

According to the OINP, the May 25 Ontario PNP draw “targeted candidates registered for the Regional Immigration Pilot”.

Previously, Ontario PNP announced an EOI system for 5 OINP streams. Along with the 3 Employer Job Offer streams, the EOI system will also be applicable for the Masters Graduate stream and the PhD Graduate stream.

Since the announcement, the new OINP EOI system has been launched for 2 of the intended streams. The first OINP draw under the EOI system was held on May 11, 2021.

An immigration pathway or ‘stream’ under the OINP, the Employer Job Offer: Foreign Worker stream gives foreign workers – with a job offer in any of the skilled occupations that come under Skill Type 0 [zero] or Skill Level A/B of the National Occupational Classification [NOC] code – an opportunity to apply for an OINP nomination for Canada PR.

The Employer Job Offer: Foreign Worker stream is open for foreign workers within Canada as well as those overseas.

The OINP Regional Immigration Pilot has been specifically designed for helping to fill in labour shortages in the province, while supporting economic growth by spreading awareness of the Pilot and increasing the uptake in the rural and small communities.

To be considered by the OINP for the Pilot, an individual must –

·       have a full-time and permanent job offer from an employer in any of the partnering communities – City of Cornwall, Chatham-Kent, or the Cities of Belleville and Quinte West; and

The first step of the process is that of registering with the OINP Expression of Interest system.

At the time of registering an EOI profile with the OINP, the applicant will be asked whether they have the intention of applying under the Regional Immigration Pilot of the OINP.