Ontario PNP holds another round of invitations under the EOI system 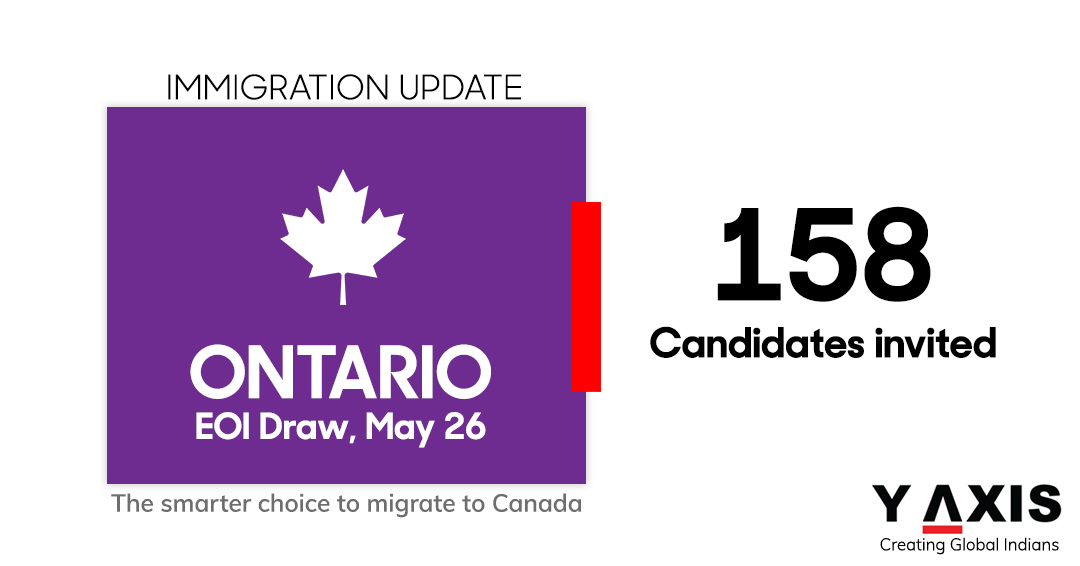 The Canadian province of Ontario has held another round of invitations under the Provincial Nominee Program [PNP].

On May 26, 2021, Ontario PNP – officially the Ontario Immigrant Nominee Program [OINP] – issued invitations to apply to those qualifying for the Employer Job Offer: International Student stream and with their profile in the OINP’s Expression of Interest [EOI] pool.

Of the total 158 international students that received invitations, 147 were included in the general draw. Another 11 got their OINP invitations through the Regional Immigration Pilot.

Those invited can now proceed to applying for an OINP nomination for their Canadian permanent residence.

The Employer Job Offer: Intenational Student steam offers international students – with a skilled occupation job offer in Skill Type 0 [zero], or Skill Level A/B of the National Occupational Classification [NOC] matrix – a route for applying for an OINP nomination for living and working in Ontario on a permanent basis.

A 2-year Pilot, the OINP’s Regional Immigration Pilot allows international students, foreign workers and others – that have the right education, skills and experience – to apply for a nomination for taking up permanent residence in Ontario.

The OINP’s Regional Immigration Pilot operates within the Employer Job Offer streams of the OINP.

An individual can only apply to any of the above-mentioned streams if specifically invited to do so by the OINP.

The EOI draws of the OINP run separately, and must not be confused with the OINP Express Entry Notifications of Interest draws that are held for –

Recently, the OINP have received their 2021 nomination allocation from the federal government of Canada.

For 2021, the OINP’s nomination allocation stands at 8,350 spaces, including another 250 OINP nominations set aside for temporary foreign workers employed in any of the occupations under Skill Level C of the NOC. That is, for jobs considered to be intermediate skilled occupations.