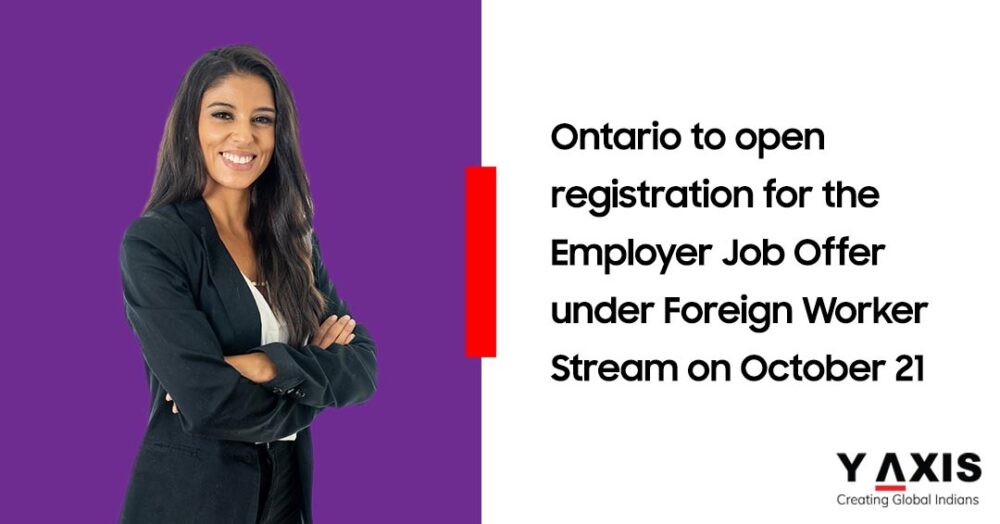 Applications to the Employer Job Offer: Foreign Worker stream will be accepted by the OINP on October 21, 2020. As per the OINP, the stream will be opening for applications at some point during the business hours – that is, 9 am to 5 pm [EST] – of the OINP.

An immigration pathway under the Ontario Immigrant Nominee Program, the Employer Job Offer: Foreign Worker Stream gives foreign workers – with a job offer in a skilled occupation at either Skill Type 0 or Skill Level A/B of Canada’s National Occupational Classification [NOC] matrix – the opportunity of applying for living and working permanently in Ontario.

The stream is available both for foreign workers that are within Canada as well as those overseas. Applications are to be submitted online through the OINP’s e-Filing Portal.

Those successful in securing a provincial nomination through the OINP can then proceed to applying to Immigration, Refugees and Citizenship Canada [IRCC] for Canada permanent residence. While a provincial nomination through Canada’s Provincial Nominee Program [PNP] guarantees the candidate receiving an invitation from IRCC for applying for Canada PR, the final decision lies with IRCC as to the grant of Canadian permanent residence.

As per the requirements of the OINP, all supporting documents – either in French or English – are required to be in a scanned format, ready for uploading at the time of submitting the application.

As per the official announcement, as a significant number of users are expected to access the system for applying, some users might come across “a high volume message page” or be placed in a priority queue.

According to the OINP, “Once the intake limit has been met, the system will automatically prevent further registrations from being submitted”.