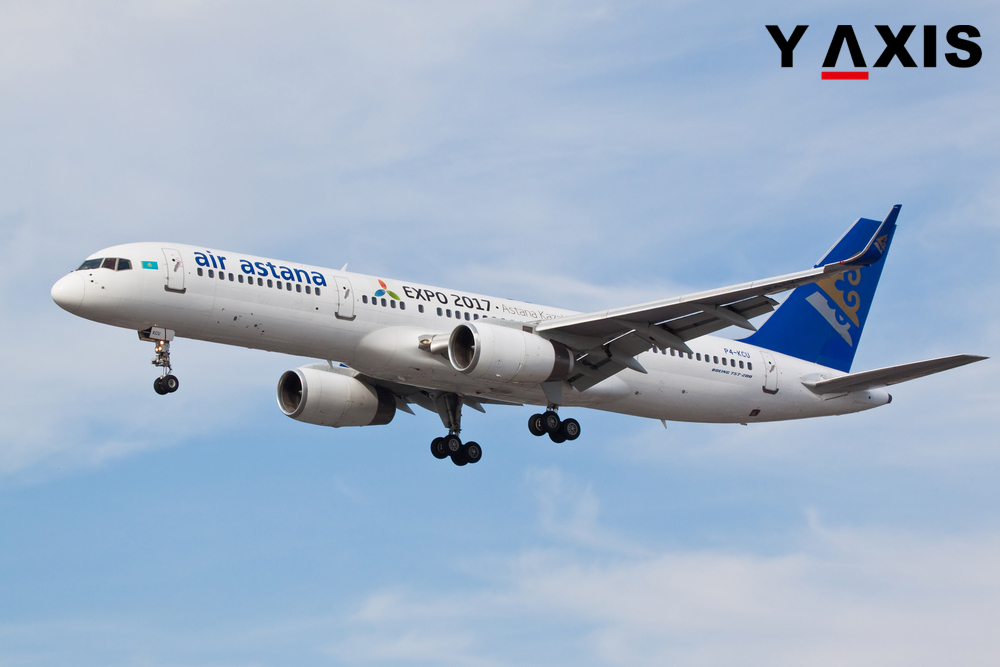 Peter Foster, president and chief executive officer of Air Astana, Kazakhstan’s national carrier, said that governments and airlines do not think alike, as he seeks to attract more Indian travellers.

Air Astana, which started Indian operations in 2004, operates 10 flights a week — seven between Delhi and Almaty, and three between Astana, capital of Kazakhstan, and Delhi.

Mr Foster was quoted by The Hindu as saying that in 2016, 70,000 people flew between India and Kazakhstan, while this year 50,000 passengers have already flown between these countries.

The airline is expecting to launch a flight to Mumbai in 2019, and is looking to operate flights daily from Delhi and Mumbai to Astana and Almaty, and plans to operate at least 21 flights a week between the India the Central Asian country.

It also operates the business from Hyderabad and has entered into an alliance to transit/connect passengers with Air India. Mr Foster is said to have been pressing the Kazakh authorities to ease visa rules for Indian nationals.

He said that they carry business from India to Azerbaijan, Georgia, Russia and Ukraine. Most of their passengers are Russians and Kazakhs. But since they want to see more Indians arriving in Kazakhstan, they were lobbying with the Kazakhstan’s government to ease visa rules, Mr Foster said.

Almaty-based Air Astana is said to be dependent only on its operational revenues. Mr Foster said that neither funds nor subsidies were being provided by the government. Their functions are all, therefore, based on profits, he said.

An advocate of privatisation, Mr Foster believes that efficiency can be assured only when the government does not interfere. Air Astana is said to have been the winner of the Skytrax World Airline Awards for the Best Airline in Central Asia and India for the sixth consecutive time.

If you are looking to travel to Kazakhstan, get in touch with Y-Axis, a renowned consultant for immigration services, to apply for a tourist visa.