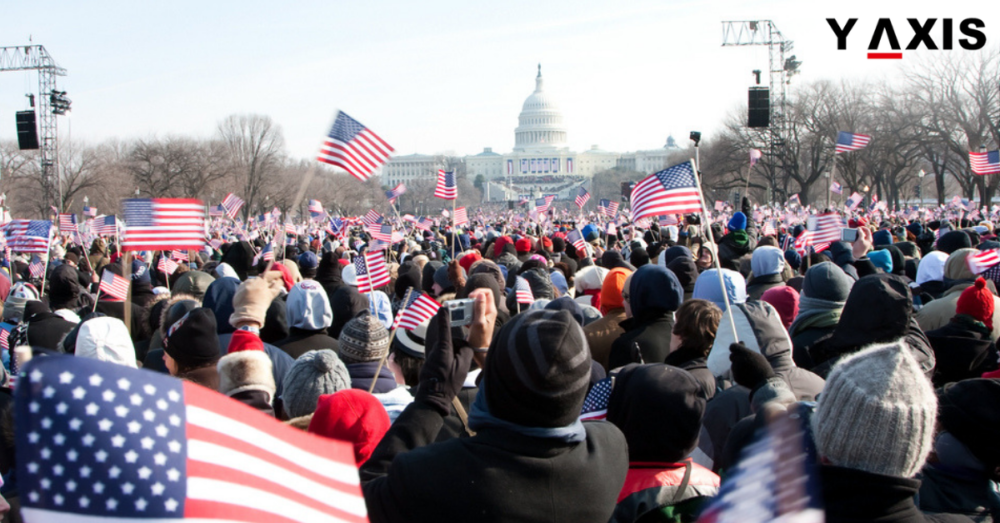 Indian H-1B Visa holders have demanded new US laws for immigration at a rally held outside the White House. The demands include:

A TV Host and Tech worker Jyotsna Sharma was one among the group who participated in the rally. She said that the age of 21 is a factor of fear for parents with H-1B visas whose kids are on H4 Visas.

The group that held the rally outside the White House consisted of mostly Indians with H-1B Visas. They demanded reforms of the US laws for immigration to benefit the lawful immigrants, as quoted by the Hindu.

The organizer of the rally was Republican Hindu Coalition. RHC describes itself as an organization seeking to offer a voice to the Hindu American community. The rally witnessed participation of roughly 200 to 300 people.

The group made several demands for reforming the US Laws for immigrant visas and Green Cards. The present wait times for Indians with Green Cards based on employment runs into several decades.

The participants of the rally also demanded lawful benefits for LCAs – legal childhood arrivals. This is on par with those who arrived unlawfully to the US often called Dreamers. Around 700,000 such people are now protected by a program called Deferred Action for Childhood Arrivals. This was enacted by the then US administration led by Obama.

The current US administration under Trump has also sought to end this program. The issue is pending in the US Courts as of now.