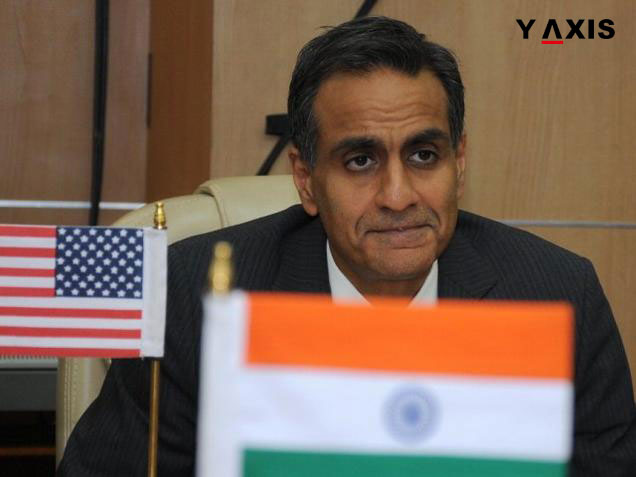 Speaking at a conference in Hyderabad, The Future is now: From COP21 to Reality, American Ambassador to India, Mr. Richard Verma confirmed that India still gets a major share of the H-1B Visas despite the recent Visa fee hike. Mr. Verma added that despite the fee hike, L1 and H1B visas continue to be in demand, of which 70% is attributed to H-1B visas.

The Ambassador also stated that the US consulate understands the concerns about the fee hike and there have been ongoing debate on the issue, given the fact that it will impact travel and commercial enterprises which contribute to the US economy. However, he said that the number of visas issued has slightly increased. The USCIS has recently levied a special fee of $4500 on L1 visas and an additional $4000 on the H-1B visas under the 9/11 Health and Compensation Act. Most IT companies in India will have to pay anywhere between $8,000 to $10,000 for a H-1B visa, which will impact the technology sector in India to the tune of $ 400 million a year.

Speaking on the climate change issue Mr. Richard Verma said that the poor land management and deforestation has greatly contributed to the greenhouse emissions worldwide, equivalent to the emissions by 400,000 atomic bombs. Stating that the current climate change could have disastrous effects starting from the availability of food, water and infrastructure to devastating pandemics and mass migrations Ambassador Richard Verma opined that climate change is not only a challenge to human race but also to national security as melting artic ice sheets is opening up new sea passages raising security concerns about navigation in seas and maritime security.

Commenting about PM Narendra Modi’s ambitious 175 GW renewable energy plans, Ambassador Verma stated that it is the most ambitious project undertaken so far, with a strong US support to foster India’s new initiative. US has already funded renewable energy projects worth $2.5 billon in India under he PACE (Partnership to Advance Clean Energy) program and an additional $1.4 billion funding was announced towards solar projects under climate finance during PM’s visit to America. Stating that clean energy will be the biggest driver of growth in the coming years, Ambassador Verma expressed strong support for India’s growth story.

Investment in the global renewable energy industry is slated to reach $17 trillion by 2035, equaling the combined GDP of India and China. America has been an active supporter of India’s solar energy targets through bilateral initiatives like Solar mapping & rooftop cooperation and GOI led International Solar Alliance.

Interested in a H-1b or an L-1 Visa? At Y-Axis, our experienced process consultants can counsel and assist you with Visa processing and Documentation. Call us today to schedule a free counseling session.