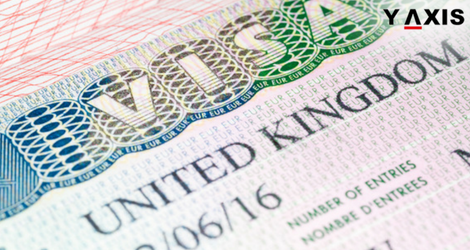 India has questioned the refusal by the UK to offer easy Student Visas to Indian student applicants. The UK has linked the refusal by India to sign the MOU for illegal immigrants to the issue of student visas.

Liam Fox the UK International Trade Secretary of State had said that India has been excluded from the list of nations that have been offered streamlined UK Student visa process. This is due to the issue of overstayers from India being unresolved, added Fox.

Indian High Commissioner to the UK Y K Sinha said that students from India have not been included in the relaxed Tier 4 UK Student Visas. This is linked to India not signing the MOU for illegal immigrants, as quoted by the Business Today.

YK Sinha questioned the linking of easy Student visas with the MOU for illegal immigrants. India has very robust cooperation with the UK over the issue of overstayers, he added.

The High Commissioner agreed that there are many visa overstayers from India. But he questioned the source of information that quotes the numbers at 100,000. He said that the statistics of UK Home Office reveal that 337, 180 UK visas were offered to Indians in 2016-2017. Out of these, 97% returned to India, he added.

A large number of individuals who were overstayers were sent back to India last year said, YK Sinha. This is as per the statistics available with me, he added.

Once it is established that the overstayers are from India, they will be obviously taken back, said YK Sinha. This has been made clear abundantly. But it is important for both India and the UK to move away from this issue, he added.