India is the biggest recipient of international remittances 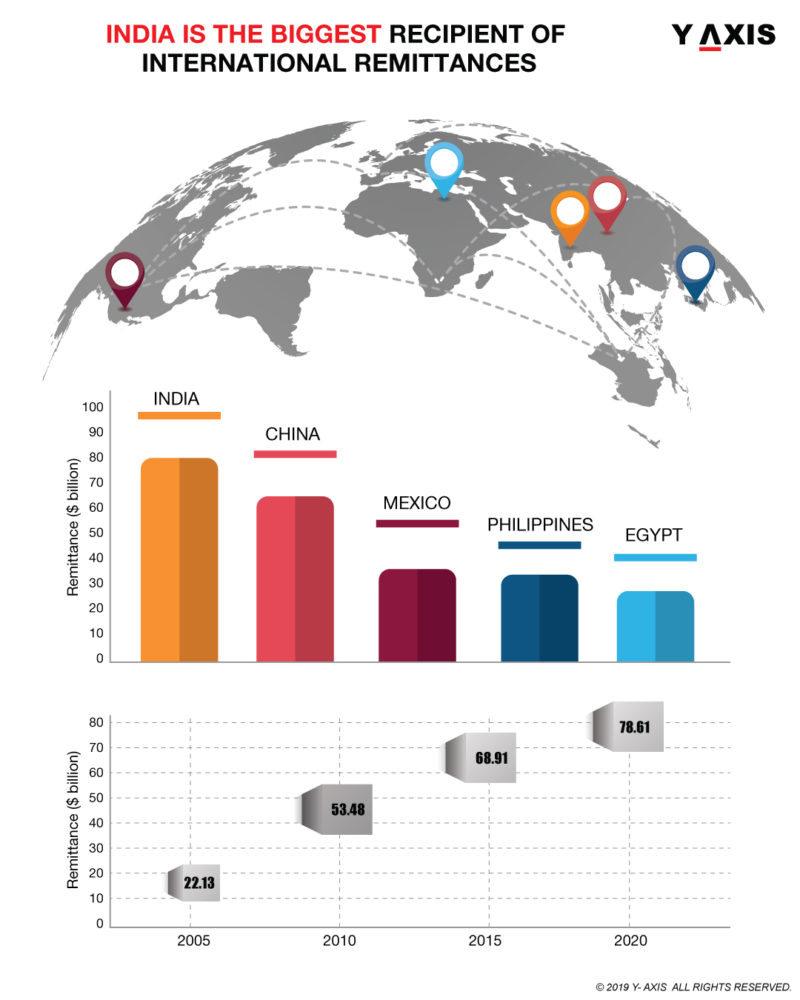 The Global Migration Report was released a few days back by the International Organization for Migration (IOM) which is affiliated to the UN. The data in the report supports the key trends in international migration worldwide. Migrants account for 3.5% of the total global population. Out of these Indians are the largest number of migrants globally accounting for 17.5 million in total.

The report also indicates that owing to the high number of Indian immigrants, India is the biggest recipient of remittances from abroad.

Remittances contribute to the economic development of a country by improving its foreign exchange reserves and improve the value of its currency in the world monetary market. They are a source of income for the families/ individuals receiving them which contributes to improving the per capita income of the country.

International remittances according to the Global Migration Report (2020) touched USD 689 billion in 2018. India stood first among the top three nations that received remittances from migrants:

The top remittance sending country was the US (USD 68 billion), the second was UAE (USD 44.4 billion) followed by Saudi Arabia (USD 36.1 billion).

If you are looking to Study, Work, Visit, Invest or Migrate Abroad, talk to Y-Axis, the World’s No.1 Immigration & Visa Company.

Where do the world’s millionaires migrate?