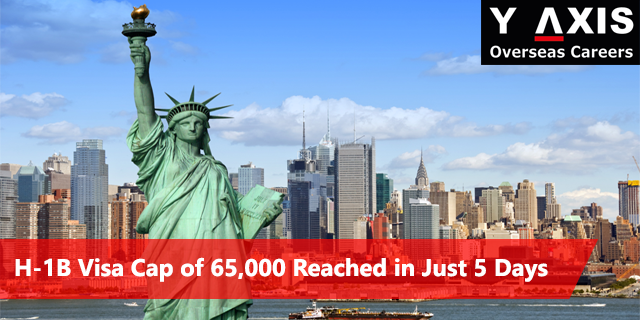 The United States Citizenship and Immigration Services (USCIS) has released an official statement regarding H-1B quota. It said that the congressionally-mandated H-1B cap of 65,000 for fiscal year (FY) 2016 has already reached, in addition to 20,000 for U.S. advanced degree exemption category.

For the third year in a row, the H-1B cap has reached the limit in a record 5 days time. And like every year, this year too, USCIS has received more applications than the limit.

USCIS will start the selection process soon but has not announced any specific date as yet. Explaining the process of selection, the press release published at the official website said,  “USCIS will first randomly select petitions for the advanced degree exemption. All unselected advanced degree petitions will become part of the random selection process for the 65,000 general limit. The agency will reject and return filing fees for all unselected cap-subject petitions that are not duplicate filings.”

“Before running the lottery, USCIS will complete initial intake for all filings received during the filing period, which ended April 7. Due to the high number of petitions, USCIS is not yet able to announce the date it will conduct the random selection process,” it said.

The high demand for H-1B has always been a matter of debate. 65,000 cap that reaches in less than a week restrict many US employers from hiring foreign talent that’s scarce in the US. The limit on H-1B has been same for many years now and companies like Facebook and Google are asking for an increase in the quota. Some are advocating scrapping of the limit completely.

Over the years, Indian IT professionals have been one of the biggest beneficiaries of the visa. H-1B allows foreign workers to legally work in the US for a specified period of time. It also allows them to bring their immediate family members to America.